Echo Park – The FULL lineup is out!

Also: who’s playing on what day, some stage detail and what we’ve prepared for your culinary delectation! Onward!

On 19th and 20th September 2015, at the sprawling grasslands of the Shanghai Football Rugby Club, 57 artists across 4 stages will kick start what we think is the broadest and deepest international lineup at a Chinese festival ever. We’ve also got out-of-the-box performers, insanely fun non-musical activities, and festival food that’s better than it has any right to be. J

But first, the music.

We’re proud and excited to reveal the last six artists in our sonic adventure. Joining us at Echo Park 2015 will be cult hip-hop duo Black Star, the seminal pairing of Talib Kweli and Yasiin Bey (the artist formerly known as Mos Def); British art-rock band Everything Everything; inner-Mongolian folk-metal group Nine Treasures, Glasgow’s electronic wunderkind Koreless, the 22 year old U.S. producer and cross-genre DJ C.Z, and Beijing’s seminal tech-house veteran Yang Bing. We’ve got a full list of artists at the end of this release.

Who’s playing on what day? 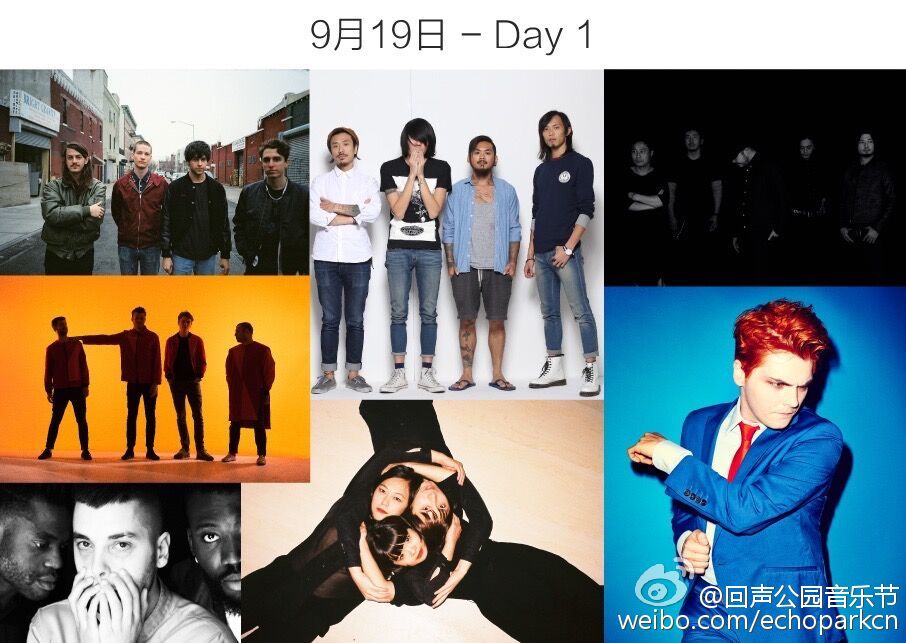 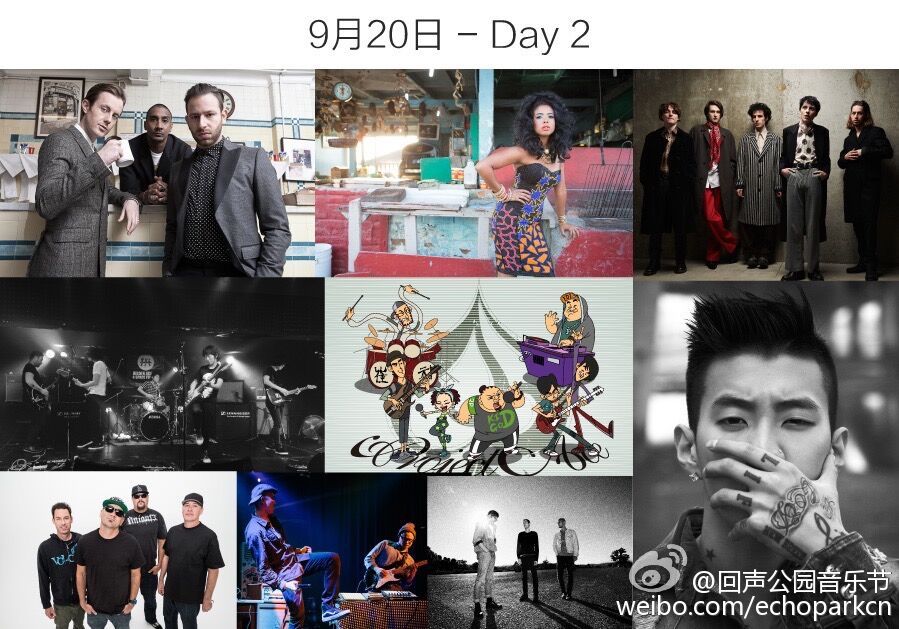 Kingston Rudieska & Compa will be playing on both days.

Echo Park will feature four stages running tandem live performances with slightly offset set-times, so you can max out the music you can catch each day! We’ve made it super-simple to trek between stages too, so you can rest easy and enjoy the tunes.

This is the big one. Good vibes ground zero. This is where a lot of our main headliners and featured acts will be playing. Expect big sounds, mass singalongs, and raucous shouts for encores. Old school hip-hoppers, new-school K-poppers – they’ll all be here.

Where things get a little bit rougher and tougher. Think left-field hipster kids, hollering for their indie idols, hardcore and punk fans spinning circles and jumping pogos: Stage Left is a mashup of the weird and new, strange and cool (with a little bit of classic thrown in for good measure). It’s a tad more experimental, but with infinitely higher street cred.

This is where we warp your mind with sounds from the future. This is the stage to head to for electronic beats and hip-swinging grooves. You can catch the best DJs laying down glitchy, scratchy electronica, or kick back to some future disco.  We’ve got plenty of live on this stage as well, but it’s all certified 100% danceable.

The Yurt by Rainbow Disco Club

Rainbow Disco Club have been throwing Japan’s best parties for half a decade, and we’re bringing them over to curate a bit of fun at Echo Park – The Yurt by RDC. What can you expect? Groovy beats and funky breaks, of course, but also mad installations and eccentric vibes.

RDC promises an adventure – sound, light, art, music and design coming together for something mystical. We’ve got a 12-hour journey planned, with everything from chilled out downtempo as the sun goes down to high-energy drum ‘n bass as the stars come up.

Echo Park 2015: It’ll be one of the best outdoor parties Shanghai’s ever seen.

You’re going to love this.

We’ve picked some of Shanghai’s best creators of the delicious, to set up shop in the restaurants and stalls of Echo Park. Food isn’t just an afterthought for us. We wanted to avoid endless queues for sloppy fast-food or thoughts of festival food as something to stuff in-between bands.

We’re making sure you’re getting some quality grub at prices you’ll love.

We’ve got British-style pies from Pie Society, American-style pizza from Melrose Pizza, and Gangnam-style Korean fried chicken. We have meat filled goodness from Brothers Kebabs (and falafel wraps!), Strictly Cookies’ homemade taste-tinglers, handcrafted sausages from Amelia’s, Spread the Bagel sandwiches, savory waffles from GoGet Waffles, the most authentic Mexican this side of the continent from La Coyota, spicy modern Sichuanese delicacies via Spicy Plus, The Rooster’s pulled-pork sliders, Slurp’s Yunnanese rice noodles, and burger sliders and more from GumGum, plus a whole bunch of other goodies and treats!

You’ll be spoiled for choice, and we’ll understand if you miss your favourite act because you just had to get one. more. bagel.

Some of the world’s greatest ideas started in a garage, and at Echo Park, we’re incubating eight exciting ideas from young creative souls, artists and performers in our special installation meets artisanal hub, “The Garage”.

Here’s how it works. We’re taking some of the hottest photographers, dancers, filmmakers, designers and sculptors around, and giving them 10 hours in our special garage shop on which to work on their projects. You can see ideas take shape, watch the creative process unfold, and be part of spinning dreams into reality.

We’ll have creative vendors to inspire you further, food stalls to replenish your left-brain juices and eight special projects you can help bring to life.

We’ve got a whole lot more going on at Echo Park, and we’ll have more on that soon! Team sports, unicycles, roving performers, places to play with the kiddies, everything but the kitchen sink. Maybe even kitchen sinks, so stay tuned!

Super Early Bird Tickets are sold out, but “Pre-sale” tickets can now be purchased online through Damai or SmartTicket!

The early bird got the worm–Echo Park’s Super Early Bird Tickets were so hot they sold out within 6 hours. Thanks to everyone who supported and trusted us, without even knowing the lineup! Now, Echo Park’s pre-sale tickets can be bought online. They’ll be 200 RMB/day (260 RMB door) or 300 RMB (400 RMB door)/weekend. Check out our official Echo Park Website: http://echopark.cn for more information. Due to PSB restrictions, there are a limited number of tickets, so get yours soon!

Split Works has been rocking in the free (ish) world since 2006. Working with inspirational artists from across the globe, the good people at Split Works HQ have been key contributors to the continued rise of China’s music scene.