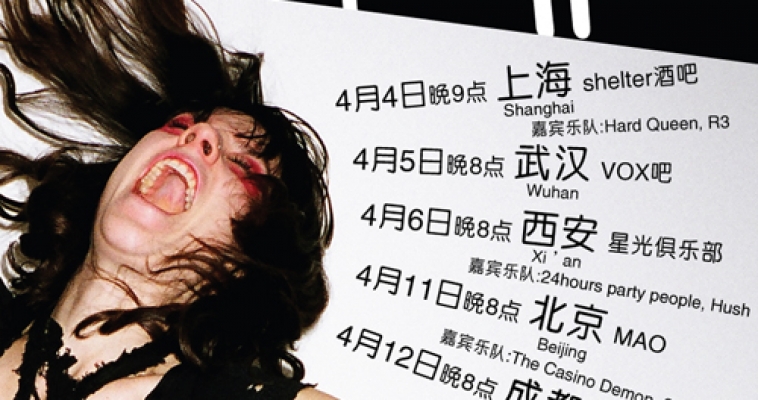 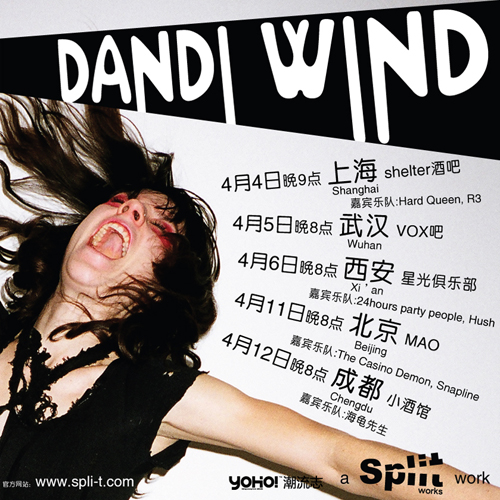 “They look and sound like Kate Bush, Peaches and Vitalic put through a titty bar blender…I haven’t once seen a performance where they didn’t put the other bands on the bill to shame.

Spring’s up and Split Works have got some end of winter insanity for you.

First up, Dandi Wind.  Over the last 3 years this dynamic duo have traversed the world, here trashing venues at SXSW, there overselling London’s world renowned Fabric, from the tropical heat of Mexico City to the arctic wilds of their native Canada, sharing stages with the likes of The Klaxons, The Presets, The Horrors and Simian Mobile Disco.  Now they are bringing their very own blend of gothic glam disco, demented costumes and mad antics to a stage near you.  Shanghai, Wuhan, Xi’an, Chengdu, Beijing, Taipei, Hong Kong, Nagoya, Osaka and Tokyo will all bear testament to a pair of artists who will excite, energize and alarm in equal measures.

This is real music by real musicians.  Come and have your eyes peeled wide, wide open!