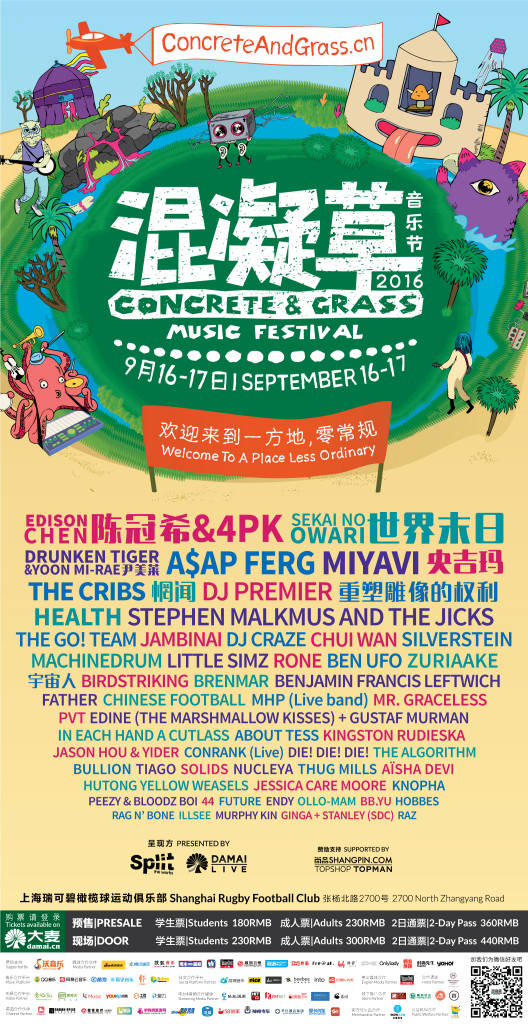 In the spirit of that videogame everyone’s been playing: We caught them all.

The full lineup for Concrete & Grass 2016 has everything from flamboyant J-rock and Cantonese hip-hop to big-bass Bollywood and American slacker rock. It’s the best of China and the world, compressed into two remarkable days of music.

We’re hugely excited, and pretty proud of this one. We’ve been working round-the-clock for 9 months now, putting this all together. So we’re pretty sure you could come to the festival without knowing a single song by a single band, and still spend a magical couple of days hanging out, discovering new music and real fans. We’ve got you covered!

This one goes deep. A true post-headliner bill with a few headliners thrown in anyway. =)

Tickets for Concrete & Grass are available at Damai (CN): http://en.damai.cn/event/tickets_106550 & SmartTicket (EN, coming soon): http://www.smartshanghai.com/smartticket/concrete_grass_2016
Pricing details are at the end of this release.

And don’t forget that music is just the beginning. There’s plenty of action beyond the stages, and this year, The Garage zone – with its outsider art and freewheeling installations – is generously supported by SHANGPIN.COM/TOPSHOP/TOPMAN.  There’ll also be craft cocktails from the dark side, objects of wonder and delight, food (so much food), sports, games, bad puns, ice cream and a few other surprises we’ve thrown in.

But let’s get to the names.

So who wanders our Place Less Ordinary, playing the sounds of the future?

The Algorithm (FR)
A fiery mix of EDM and metal, like the soundtrack to a demented videogame.

A$AP Ferg (US)
Bringin’ the swag. Lord of the wordplay. Pope of the ‘hood. Skills, thrills and grills. 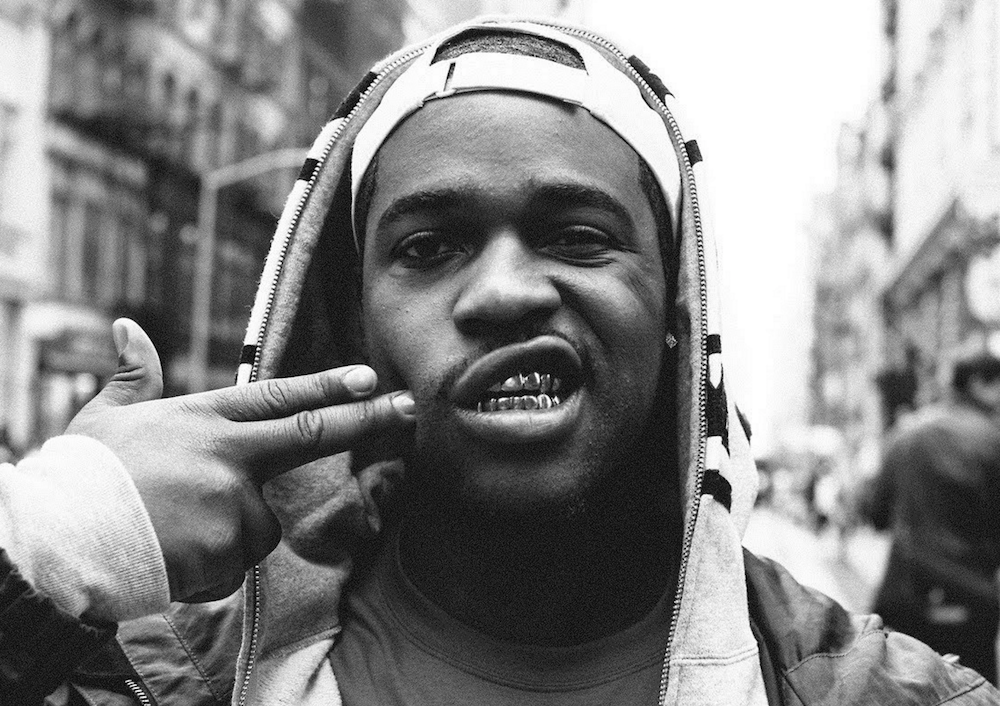 DJ Craze (US)
Champion turntablist. Scratch showman. One of the world’s most entertaining DJs. 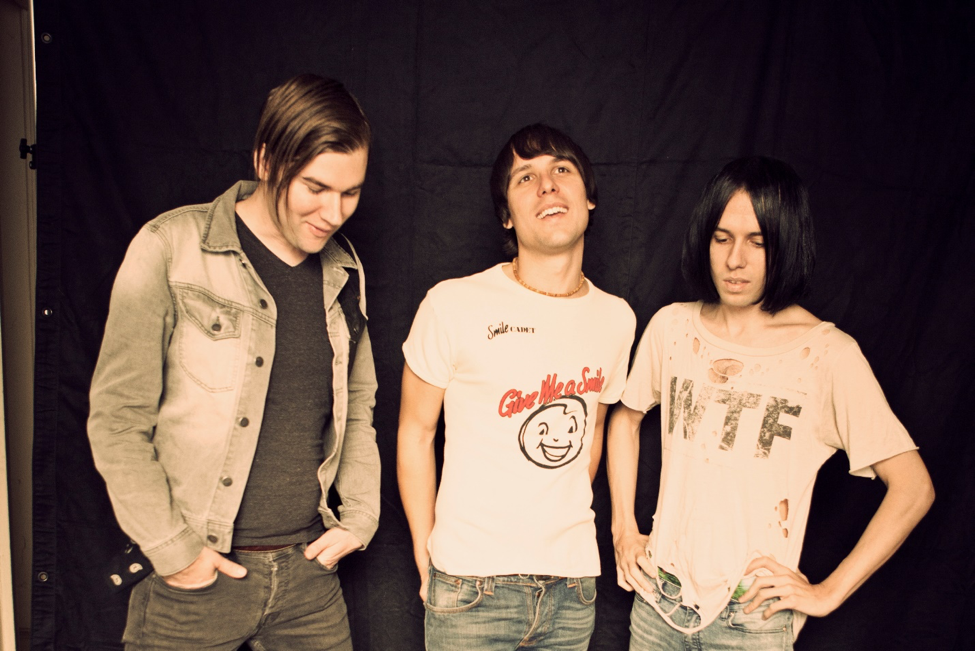 Father (US)
Smooth, fresh alternative hip hop with an unapologetic penchant for debauchery.

Hobbes (UK)
Future-retro grooves and soul/dance picks from a DJ who misses no musical pigeonhole.

Jambinai (KR)
What ‘world music’ should sound like: a searing blend of drone, metal and Korean instruments. 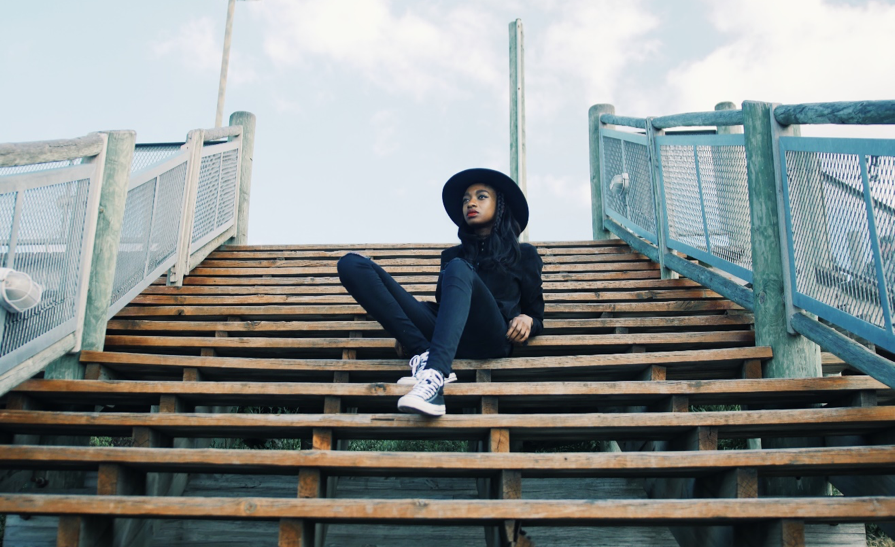 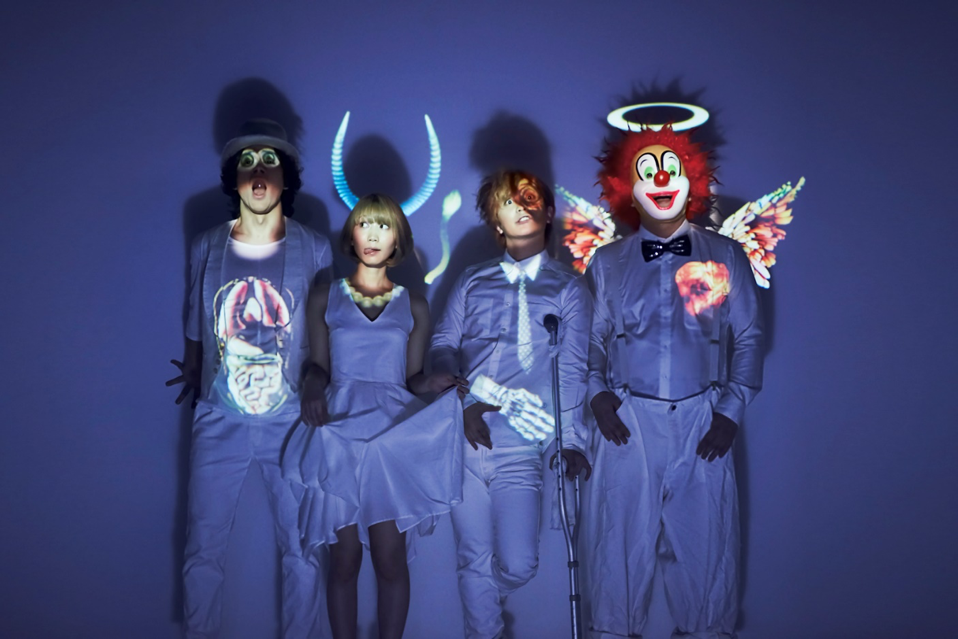 The Hutong Yellow Weasels
Barn-storming traditional American music that’ll have you square dancing in no time.

Illsee
Frosty industrial dance music, like a rave at a construction site.

Knopha
Good vibrations from one of the figureheads of China’s vinyl movement.

Raz
Minimal, cosmic deep techno, somewhere between the sunshine and the smog.

Yunggie Ma 央吉玛
Sparse, delicate traditional folk that rings with the songs and stories of the Menba people.

About Split Works (organizer):
Split Works has been rocking in the free (ish) world since 2006. Working with inspirational artists from across the globe, the good people at Split Works HQ have been a key contributor to the continued rise of China’s music scene. Split Works has launched five music festivals and promoted over 400 tours to 30 Chinese cities, always striving to stay true to a familiar refrain: the music has to be special, every single time. From Godspeed You! Black Emperor to Sonic Youth, from Thee Oh Sees to Mac Demarco and Shabazz Palaces, from Black Rabbit to JUE and Wooozy to More Music, we love music, we love China and we love you.