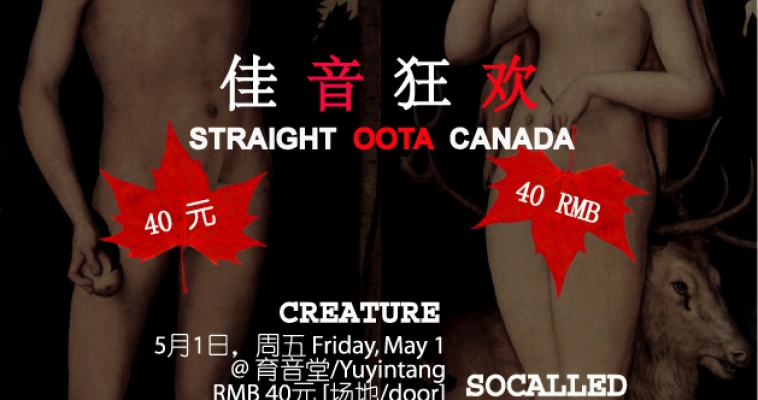 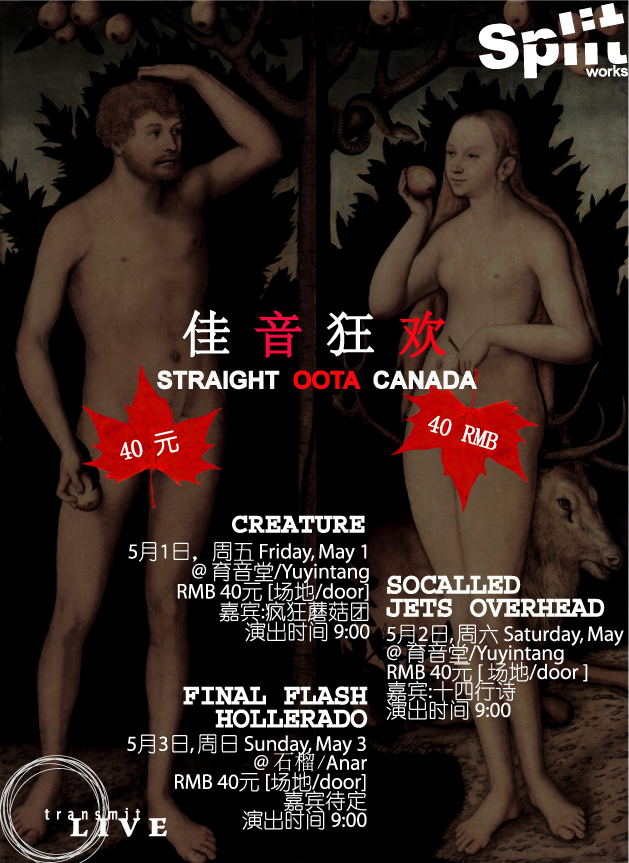 Socalled is a musician, photographer, magician and writer based in Montreal. He has now appeared on a dozen recordings as pianist, singer, arranger, rapper, writer and producer. Socalled performs and records widely with a crew of mixed-up freaks and geniuses from around the world, including Killah Priest, Susan Hoffman-Watts, Frank London, Matisyahu and Irving Fields.

This five-piece from Victoria, Canada has mesmerized crowds at home and abroad with their hypnotic take on trance rock. The band received the prestigious national honor of a Juno nomination (Canada’s equivalent of the Grammys) for Best New Group after the release of their debut full-length album, Bridges. Visit www.jetsoverhead.com for free downloads of preview tracks from their forthcoming album, No Nations.

The four members of Hollerado grew up on the same street in a small town in Ontario. One day, while riding the bus, a man in an exquisitely tailored suit said to them “it is not nearly as fun to reminisce about the times you didn’t spend your life savings on four one-way tickets to Japan.” With that in mind they got jobs doing construction. When they were tearing down the old walls they listened to The Who. When they built new walls they talked about time travel. Today, they play pop-rock with punchy beats and catchy hooks. You can download their debut album, “Record in a Bag” for free at www.hollerado.com.

This much buzzed-about Montreal quintet has had a whirlwind year, catching the attention of fans and media with their unique brand of psychedelic folk-rock, and landing a record deal and shows at Canadian Music Week and SXSW in the process. Come see what all the fuss is about.

Representing Canada at MIDI 2009, these 5 acts run the genre gamut from hip hop to indie rock to metal to triphop and electro. For those of us who are too lazy to trek up to Zhenjiang for the festival, Split Works and transmitCHINA are bringing the Canadian contingent of MIDI all down to Shanghai for your listening pleasure over three nights of noise at Yuyintang and Anar.