“Some albums move you. Others push you to buy a guitar. Cloud Nothings do both.”  – Consequence of Sound

A band incapable of writing a bad song.

Just put on any Cloud Nothings track and you’ll find something that’ll stick in your head. Their prolific lo-fi rock is fun, frenetic and crisp. Crunchy guitars, hammering drums. That sense of endless youth and a spirit of reckless abandon.

Frontman Dylan Baldi is a bit of a pop-prodigy, a man whose brain conjures hook after tuneful hook – a constant stream of impossibly catchy singalong choruses. And also the occasional full-throated scream which “continue,” he says, “the family tradition of yelling at kids.”

Except this time, the kids will be yelling alongside. On stage, Cloud Nothings are spry and jumpy and tense – pedal-to-the-floor, tension-igniting rock’n’roll. For the faithful, it’s a slice of pop-punk Nirvana.

Cloud Nothings is the brainchild of Dylan, a Cleveland, Ohio native who was still in his teens when the buzz about his music started. Baldi was majoring in audio recording at college when he dropped out to focus on the music he was making at home. After a few months, he uploaded the songs “Hey Cool Kid” and “Whaddaya Wanna Know” to his MySpace page, which led to gigs with Woods and Real Estate, and a slew of early singles. On the strength of all this music, Baldi signed to tastemakers Carpark in the U.S. and to Wichita Records in the U.K.

Along with dates with Wavves, Titus Andronicus, and Best Coast, Baldi began work on Cloud Nothings’ self-titled full-length debut, which arrived in January 2011. Later that year, they went into the studio with Steve Albini, birthing 2012’s much rawer, heavier Attack on Memory (which received a hipster-approved 8.6 on Pitchfork).

By this time, a few ‘basic principles’ had been established for what would become the Cloud Nothings signature: breakneck pace, chaotic instrumental landscapes and consistently noisy guitars. Every Cloud Nothings album now represented a different ‘take’ on this core ethos, Where Attack on Memory was freewheeling lo-fi, 2014’s Here and Nowhere Else added some psych and experimental stylings to the mix.

Just this month, the formula took another left turn. 2017’s Life Without Soundis being hailed as their most ‘mature’ work yet – shaving off the rougher edges of their past sound for something more like a brilliant sheen. The occasional guttural roars are still present, thankfully. 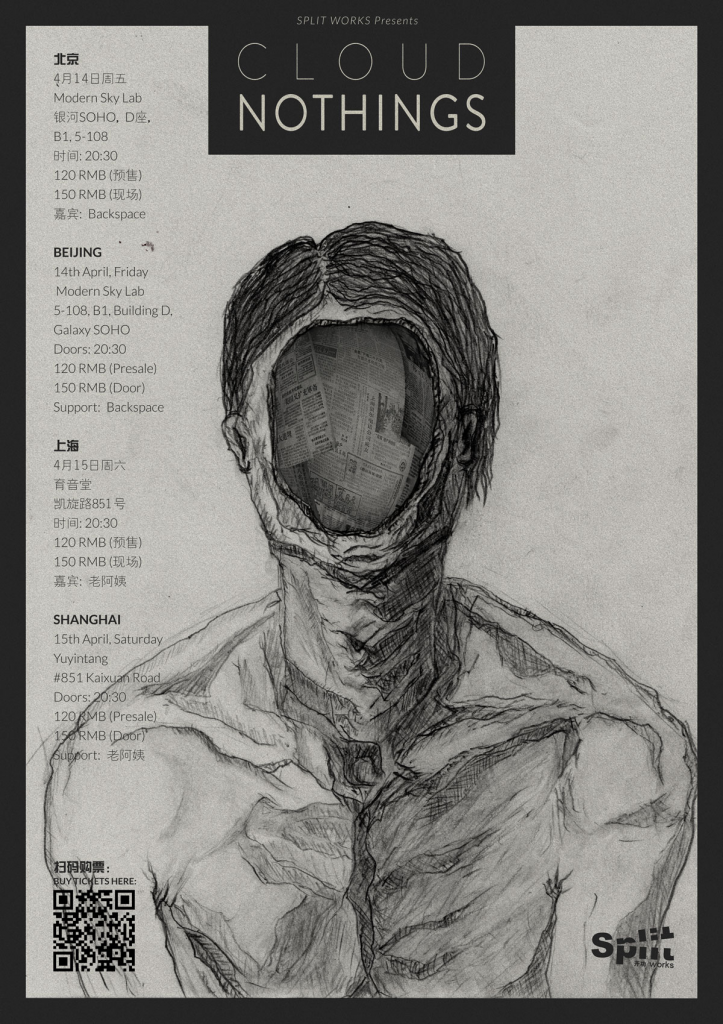