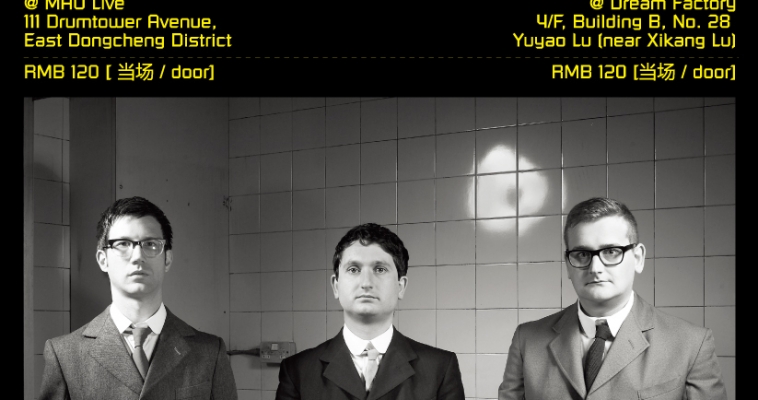 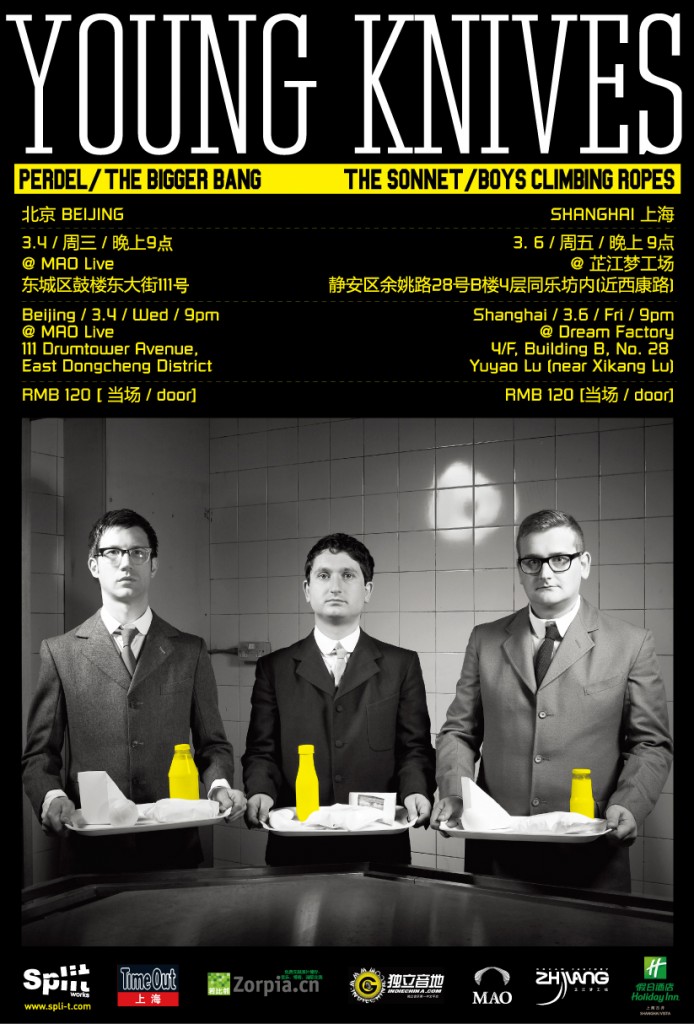 Lesser men may have balked at the challenge, but Young Knives have never been ones to let their innate geekiness hinder their success. Looking adversity dead in the eye through their prescription lenses, this indie rock three-piece broke out on the scene with the release of their 2002 debut album, The Young Knives…Are Dead, winning critical accolades for their infectiously danceable songs, cheeky music videos and spirited live shows. With their shirts proudly tucked-in, the band has opened for such acts as Kaiser Chiefs, The Futureheads and Hot Hot Heat, to name a few.

Hailing from Ashby de la Zouch, Leicester, UK, Young Knives have brought their brand of English eccentricity to SXSW in Texas, headlined Hong Kong’s inaugural Clockenflap festival, and will now be getting their geek on in Beijing and Shanghai. So hike up your pants, don your tweed jackets, and check your ego at the door for an evening of unfettered geekdom, brought to you by Split Works.