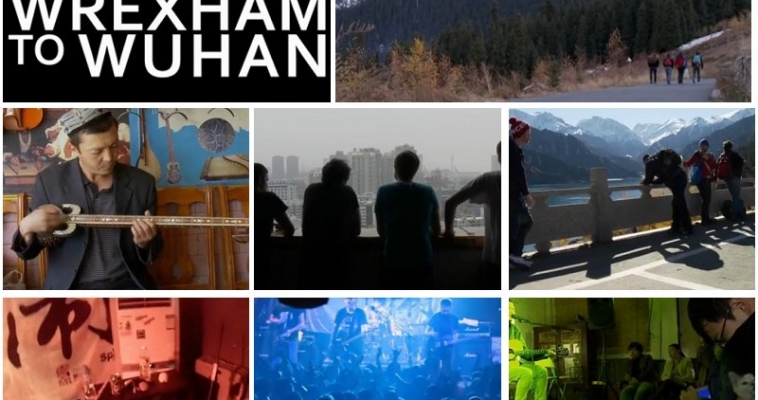 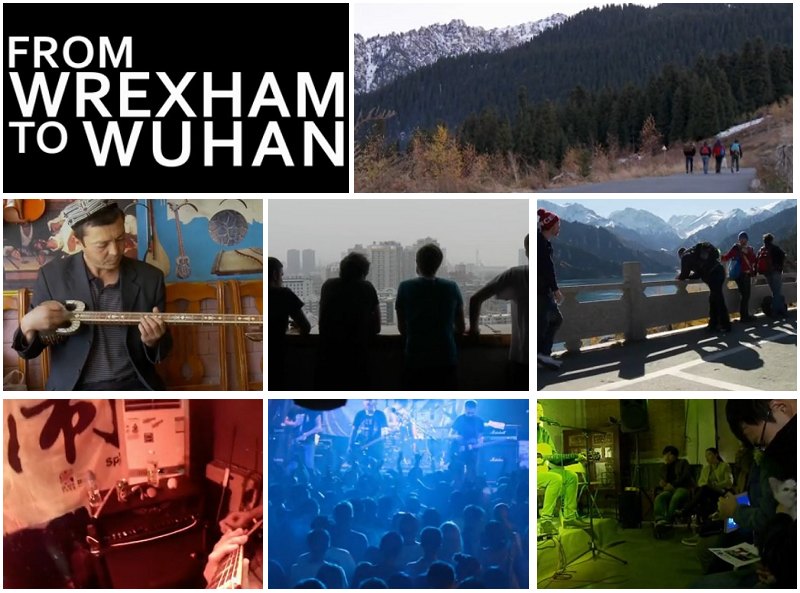 From the deserts of Xinjiang to the frozen wildlands near the Russian borders, from the industrial furnace cities of the Yangtze to the beauty of green southwest, From Wrexham to Wuhan (FWTW) tracks 4 British bands as they are scattered to the four corners of China.

——From Wrexham to Wuhan is presented to you by: The British Council in association with Split Works

Over the last decade, the cities of Beijing and Shanghai have become regular fixtures on the international live touring circuit.  Venues and promoters have blossomed and weekends are full of activity with both international and local bands filling live houses and clubs across the two cities.

The further you go from these Eastern Seaboard megalopolises, the easier it is to see that China is anything but a stereotyped, unified, country housing ¼ of the world’s population.  Beyond the ten biggest cities (and there are some very big urban sprawls indeed in that list), you struggle to find a single venue dedicated to live music or art.  There are cities with populations of tens of millions that have never seen an international band play, ever.

Since 2008, we at Split Works have been striving to change this, taking bands in ever increasing circles to cities like Wuhan, Chengdu and Xi’an, but there was always a sense of frustration that we couldn’t go further, that we couldn’t take bands to the outer reaches of China, to the snow and ice locked North on the border with Russia, to the far West, where Muslim minorities live in oasis towns in the middle of the desert, along the road less traveled, spreading music’s good word.

And so it was, when the British Council mooted the idea of doing something with Britain’s best independent bands as a centerpiece of their “Year in China” UK Now festival, we jumped at the chance to go as far and as wide as humanly possible

The concept was simple – take a band from each of the home nations and drop them in on a Chinese tour in a geographical environment that might remind them in some small way of home and see what transpires.

And so it was that Gallops, a band from a post industrial town in Wales travels along the banks of the Yangtze, playing some of the most industrial cities on the planet, And So I Watch You From Afar, a band from the Emerald Isle headed to Yunnan, China’s greenest and most verdant province, while later in 2012 Jamie Woon flew North to the great ice city of Harbin, while indie collective label Fence journeyed from their spiritual home in Fife to the deserts of Xinjiang.

“From Wuhan to Wrexham” follows these epic journeys, chronicling the ups and downs, the great moments and the difficult ones.  Mostly though, this film showcases through the eyes of the musicians the incredible diversity that exists within China’s borders.  You will never think the same about China again.

Loving shot and produced by Shanghai based production house Daedelum Films, we invite you into a world of music and China.

UK Now is the largest festival of British arts and creativity held in China, bringing hundreds of events to 17 cities across China between April and November 2012. During the festival, some of the most established and influential UK artists and artistic companies, as well as lesser-known talents from the UK’s broad creative scene will tour 17 cities across China.

The festival is managed by the British Council in partnership with Brunswick and HSBC, and generously supported by Burberry, Diageo, IELTS, IHG, Jaguar Land Rover, John Swire & Sons, Norton Rose, Prudential and Standard Chartered Bank. It has been developed in collaboration with China’s Ministry of Culture and other Chinese partners.

For more information about the festival programme please visit www.uknow.org.cn.

◆About the British Council 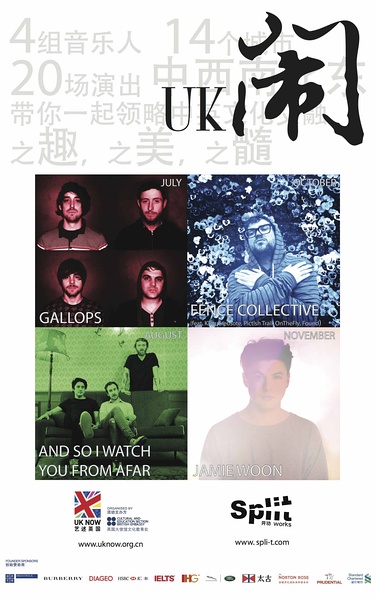