Throw Me the Statue China Tour 2010 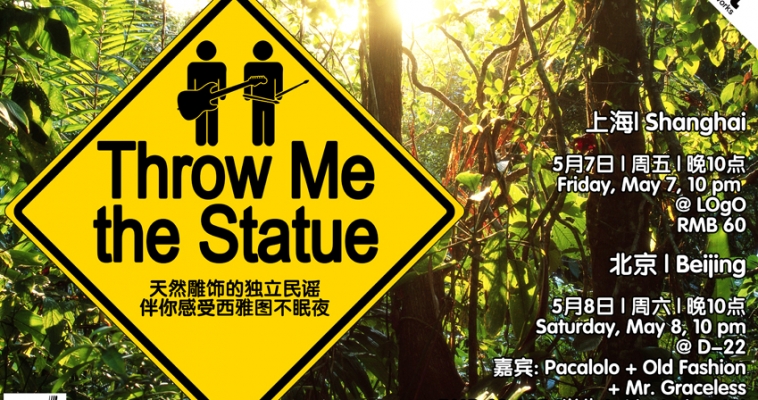 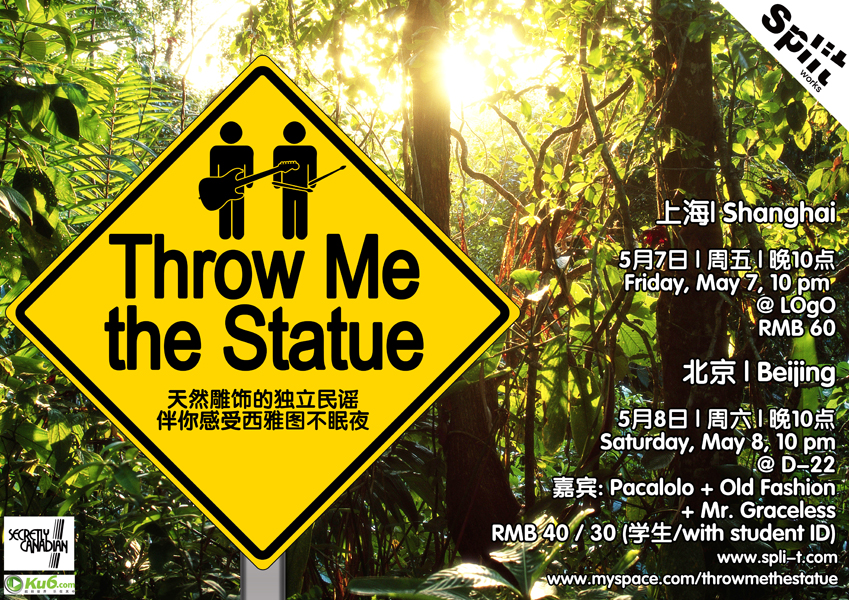 Throw me the Status China Tour in Shanghai and Beijing

Seattle indie-poppers Throw Me the Statue have won accolades from NPR and those arbiters of indie taste Pitchfork. Those accolades tend to refer to TMTS’ songs as “playful,” “bouncy,” “killer indie-pop.”

TMTS’ upbeat, guitar-driven pop has propelled them to a record deal with Secretly Canadian, a gig opening for label mate Jens Lekman, and another opening for Cake. They also managed to find time for some highly awesome recording sessions with Daytrotter and with La Blogotheque.

Throw Me the Statue Tour Dates: