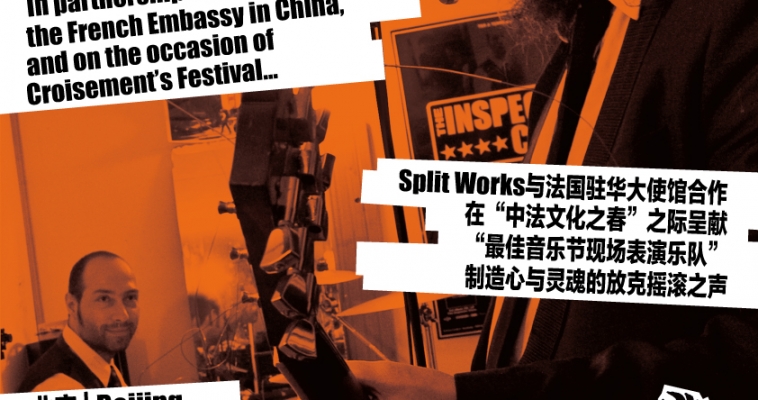 The Inspector Cluzo is French ‘funk’n’roll’ duo Laurent Lacrouts and Mathieu Jourdain.  Since forming in 2007, TIC have earned raves for their vibrant blend of rock, jazz, funk and soul music. Their self-titled debut LP, recorded in Belgium with renowned producer Stephan Kraemer, became  sleeper hit selling 20,000 copies around the world, in part due to the infectious single, “Fuck the Bass Player.”

In 2009, TIC played 185 shows in 23 countries around the world, including the Fuji Rock festival in Japan, Springscream in Taiwan, and Eurockéeenes in France. Back in France, the duo recorded their second album, ‘The French Bastards,’ showcasing a richer, more developed sound in beautiful handmade packaging that reminds us that The Inspector Cluzo is a bona fide indie band, handling their own management, recording and booking through their own company, Ter a Terre. ‘The French Bastards’ will be released worldwide in April 2010, including releases in Europe, Japan , China and U.S.A (by Red/Sony). The Inspector Cluzo will then embark on a new worldwide tour, including their first visit to China , where they’ll play Beijing ’s Strawberry Festival, plus additional dates in Beijing , Tianjin , Wuhan, and Shanghai.