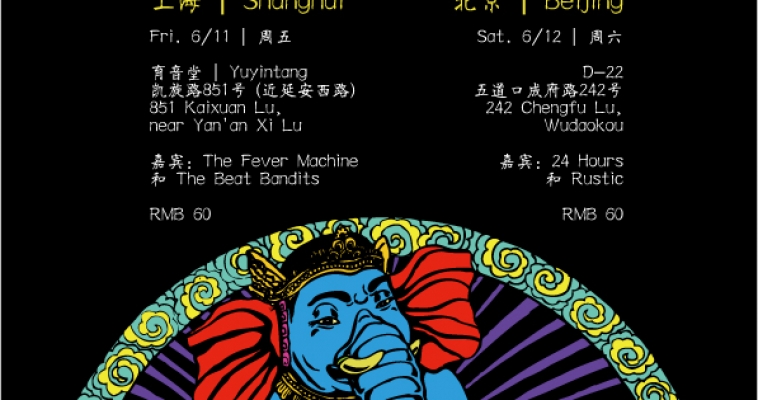 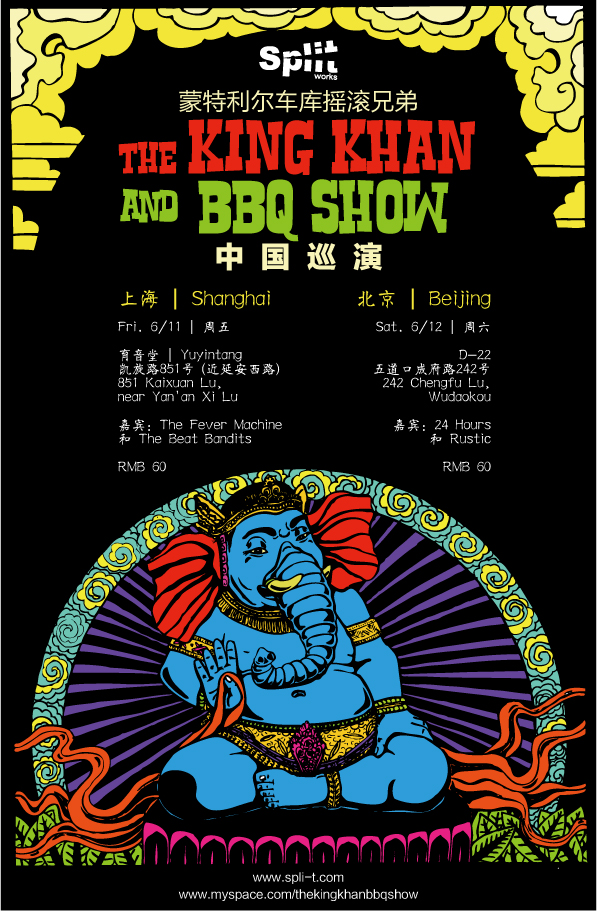 Two guys. One smashing snare, bass drum and tambourine with his bare feet, molesting his guitar and singing like a possessed angel. The other spinning and howling like a freak while belting it out on his guitar like a savage.

The Montreal duo of King Khan (aka Blacksnake) and BBQ (aka “one-man-disaster” Mark Sultan) play anarchic, throw-back garage rock evocative of The Velvet Underground, 13th Floor Elevators, Black Flag, The Falcons, Sam Cooke, The Users, The Sonics, The Cramps, Bo, Jerry Lee, The Gonn…Their sound is all of this and more, but all their own.

The live show? A mess. Love songs, punkers, improvised riot-starters, dance-floor shakers, sing-along stompers, wild rockers – you name it. They always drench the crowd in raw energy, and they’re always the last ones dancing and drinking at the bar. They’ve toured the US, Europe, Australia and South America. They are international antiheroes and ambassadors.

BBQ first met King Khan when they played together in Montreal band The Spaceshits, which disbanded in 1999. Sultan started a new band (Les Sexareenos) before going solo in 2002, playing gigs as a one-man band under the name BBQ. Blacksnake, meanwhile, had formed King Khan & His Shrines, and the two former bandmates met up and began writing songs together at Blacksnake’s home in Germany, venturing out to play the occasional show in Germany and Spain, with Blacksnake now billed as King Khan.

They are an awesomely surreal site to behold; a stunning garage rock machine of the highest calibre, playing incredible original hits that never end. Youngsters and oldsters alike sing along incessantly and let their freak-flags fly in joyous solidarity when The King Khan & BBQ Show hit the stage. Give into their spell and live forever.

With The Fever Machine and The Beat Bandits

With 24 Hours and Rustic