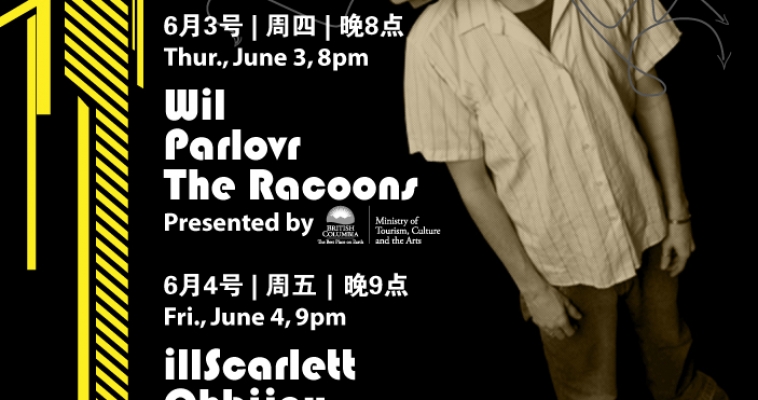 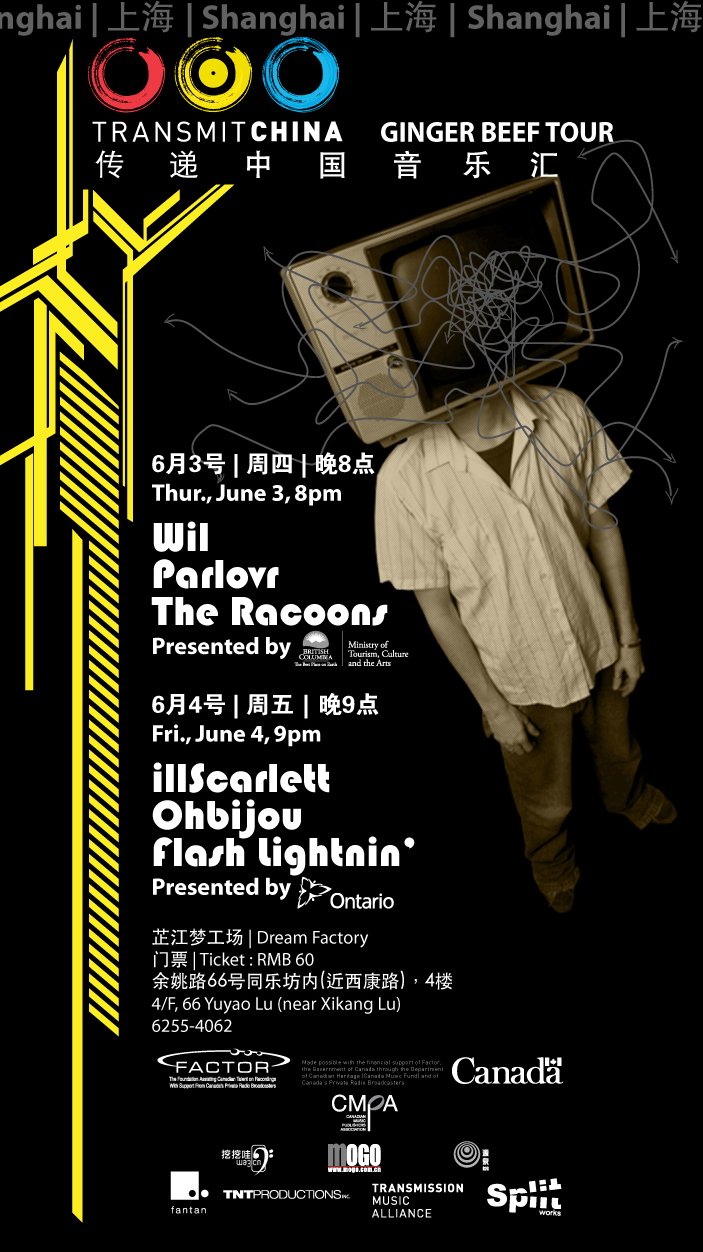 Here’s the deal: Split Works and the Fan Tan Group are co-hosting a music industry, tech and media conference in June. It’s called transmitCHINA and it’s going down at the River South Art Center in Shanghai.

Live music is the bread and butter of what we do, so of course we’re also planning a live showcase as a complement to the conference.

The transmitCHINA Showcase = 6 rising stars of Canada’s alternative music scene. Everything from new wave to reggae to power rock. They’re being brought over to with major support from FACTOR, the Province of Ontario, and the Province of British Columbia.

And since they’re coming all the way to Shanghai to show us their stuff, we figured we might as well take them to 6 other Chinese cities too – Hong Kong, Guangzhou, Beijing, Wuhan, Tianjin and Changsha.

The bands will be joined by local support acts at each stop along the tour. Scroll down to see the full Showcase schedule.

And here’s some info about those visiting bands:

These dudes have toured with the likes of Franz Ferdinand and Arctic Monkeys, and Spin magazine named them 1 of “5 Montreal Bands to Watch” in 2009.

These Vancouver-based indie-poppers were quickly snapped up by the same guy who manages Tegan & Sara, and are preparing to record their first full-length album this summer.

Pit-stops on their rise to fame have included touring with Detroit rockers The Von Bondies, and – OMG – having their song “Room to Operate” featured on an episode of MTV’s The Hills (Season 5, Episode 12. The scene where Spencer and Heidi are arguing about babysitting. Not that we watch The Hills.)

“Best. Acoustic. Guitar. Player. Ever. No joke — this man is gifted.”

Warped Tour mainstays illScarlett are an Ontario four-piece who make reggae/dub-infused rock. They have shared the stage with a who’s-who of pop-punk, from Blink 182 to Weezer to Fall Out Boy. Their most notable influences are Sublime and No Doubt. They even worked with Matthew Wilder, producer of No Doubt’s Tragic Kingdom on their 2007 album, All Day With It.

Ohbijou (for fans of Joanna Newsom and Mazzy Star)

Flash Lightnin’ insist that you chug some bourbon and dance to their “bad-ass sludge boogie.”

The Toronto power rockers wear their influence of 70’s ZZ Top and Rolling Stones like a well-worn Nudie Suit, with rhinestone crests of Jack White and the Black Keys.

How many other bands do you know versatile enough to open for Priestess, Metric and Broken Social Scene?