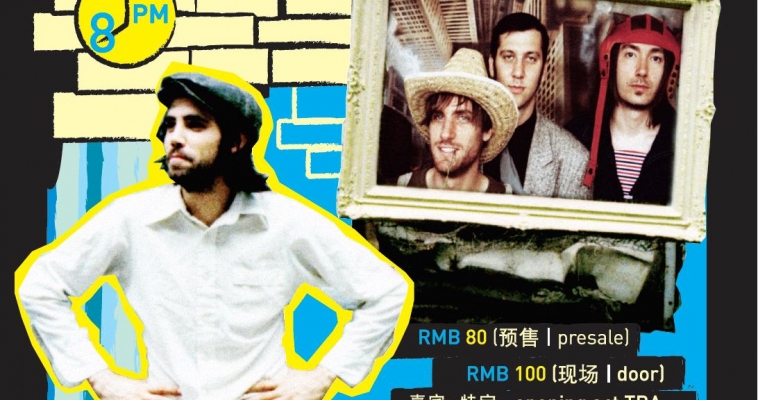 Patrick Watson is an internationally acclaimed singer, composer, songwriter, and producer. Patrick Watson is also the name of this mad genius’ band, darlings of Montreal’s indie rock scene, who have performed with the likes of Feist, The Dears, Phillip Glass and, gasp, James Brown.

Both Patrick Watson the man and Patrick Watson the band have received international acclaim since the September 2006 release of Close to Paradise in Canada, the album went gold in Canada, and won numerous awards, including Canada’s prestigious Polaris Prize. Close to Paradise saw international release in September 2007, and the band hasn’t looked back, selling over 100,000 copies worldwide. Since then Patrick Watson’s fanbase seems to have grown exponentially, with the live show now commanding huge audiences across the world, from Paris, to Reykjavik, Amsterdam, London, New York, and of course, Montreal, where Watson and most of the band still reside.

Despite the internationally demanding schedule, Watson himself also found time to contribute to Cinematic Orchestra’s 2007 album, Ma Fleur, and to compose scores and songs for a number of films—something he has always had a passion for.  It should come as no surprise then, that the band’s music is often described as cinematic and wildly eclectic.

Watson met guitarist Simon Angell in their hometown of Hudson, Quebec when they were teenagers, and the two have collaborated ever since—Angell’s soundscapes and noise-influences having developed into the perfect complement to Watson’s colourful melodic compositions and gut-wrenching falsetto. Then, while studying music at Vanier College in the late-nineties, Patrick met Ukrainian-born Mishka Stein, and Swiss/British Columbia ex-pat Robbie Kuster, who were increasingly invited to fill out his rhythm section when performing live shows.

Patrick Watson and his bandmates spent most of the latter half of 2008 in Montreal recording the follow-up to Close to Paradise—Wooden Arms, which was released in spring 2009.

Tickets: on sale from Jan. 1