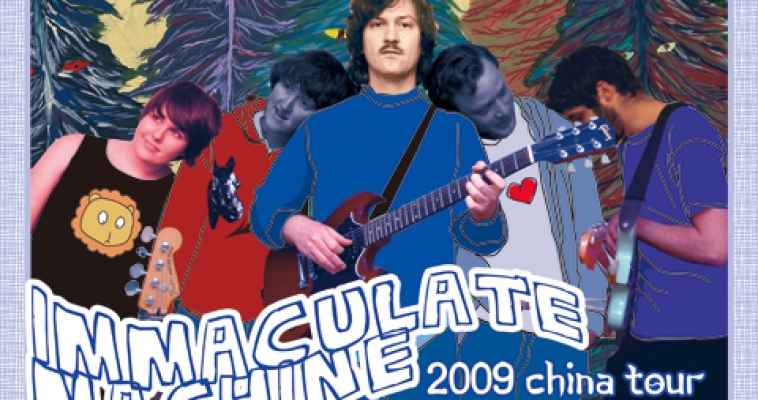 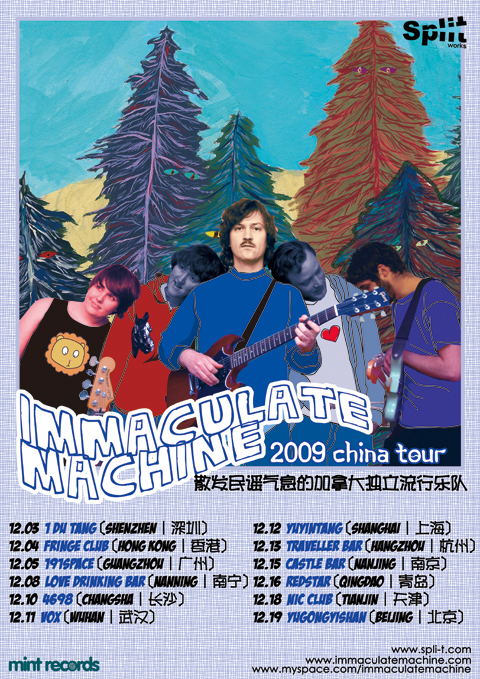 Canada. Throughout recorded history, this mystical chunk of frozen tundra has gifted humanity with an impressive array of cultural contributions. From voluminous reserves of maple syrup and Molson beer to Broken Social Scene, Celine Dion and Terrance & Phillip, The Great White North continues to dazzle the world with its ability to redefine the boundaries of creativity.

This December, the boundaries will inevitably be pushed once again with the arrival of Canada’s Immaculate Machine.  Hailing from Victoria, BC – the same town that brought us Hot Hot Heat and No Means No – Immaculate Machine released their first studio album, The View, in 2003.  After signing with Mint Records in early 2005, the band released Ones and Zeros (2005) and went on tour supporting The New Pornographers.  Two years and two albums later, Immaculate’s single Jarhand from their album Fables (2007) was featured as iTunes’ single of the week.

Much has made of Immaculate Machine’s connection with The New Pornographers.  Though Immaculate’s Kathryn Calder has played with those Pornographers since 2005, seeing Immaculate as part and parcel of the Pornographers would be a gross underestimation of the creative vitality ingrained in their sound.

Speaking of sound, NME described Immaculate Machine as “what Arcade Fire would sound like if they were injected with liquidized Jelly Tots and worried more about the monotony of living in a desolate town than world terrorism and death.” We don’t know what that means, so let’s just try to envision an elegant symbiosis of punk, pop, and folk sensibilities muddied up with a heap of that good ol’ Northwestern indie grunge. Pleasing to the ears indeed.

Split Works will loose this Canadian Machina on no less than 12 Chinese cities, from Hong Kong to Beijing, supporting their newest release High on Jackson Hill (2009).

Come see what all the liquidized Jelly Tot fuss is about!

Left of the Modern Arts Center

Next to the Gulou McDonalds