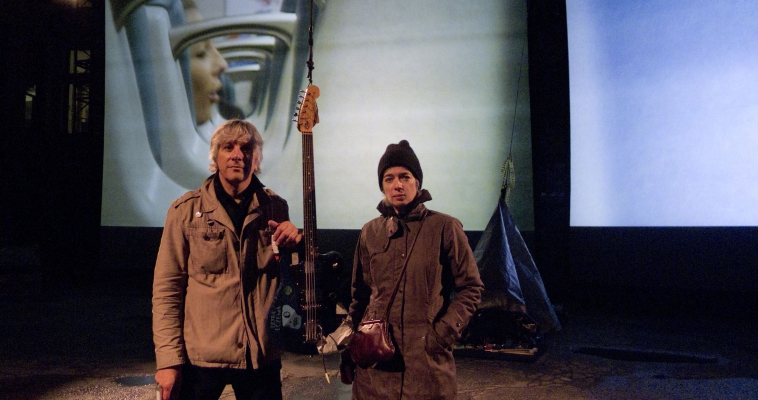 An exploration of image and sound celebrating the hidden, the lost, the invisible. 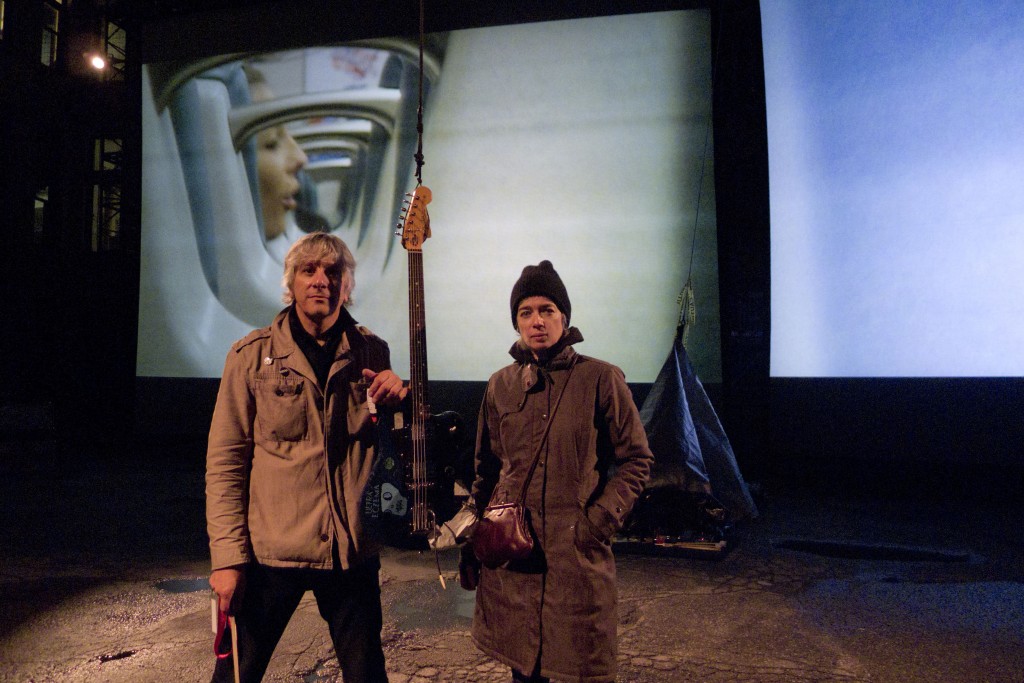 Sight/Unseen is a multimedia performance work presented by Lee Ranaldo – one of the founding members of Sonic Youth – and his wife Leah Singer. The project was first premiered at Nuit Blanche 2010 in Toronto, and has since been performed worldwide at key arts events including; The Rotterdam Film Festival, Cote Court festival in Paris, Contour Festival, and arte.mov Belo Horizonte.

Ranaldo and Singer have been working together since 1991 with film and music in a live setting. Their performances are explorations in how sound and image interact, with elements of chance embraced. The sounds and images are culled from the everyday and the performance invites a personal interpretation of the experience. The experiential nature of the work takes precedent over overt narrative. The title Sight/Unseen references the everyday things that often go unnoticed and how close observations can reveal something new.

Other Singer and Ranaldo collaborations include: DRIFT, a live film and music performance first premiered in 1991, performed worldwide including at the Biennale for International Light Art in Ruhr, Germany 2010; iloveyouihateyou, a digital video and sound installation, Magasin3 Stockholm; We’ll Know Where When We Get There, an exhibition of prints made at cneai, Paris; Space Within These Lines Not Dedicated, an exhibition of mixed medium works, Hudson Valley Community College, Troy, NY and DVD/CD/Books including Water Days, DRIFT, Bookstore, Moroccan Journal, Road Movies, iloveyouihateyou.

Venue: The Power Station of Art

**This event information is different to the information in the programme. Due to a programming conflict, we will offer a special ticket for those people that want to go to the Lee Ranaldo show and the proceeding Genjing showcase.  The ticket will be 170RMB, and will include a free bus between venues.  The bus will leave the SPSA at 20:50, arriving at YYT at around 21:15.

Lee Ranaldo is a legend in the international art world. Not only for his work as guitarist in the legendary rock band Sonic Youth and involvement in his numerous other musical projects, but also for his drawings, woodcut paintings, poetry and spoken word works. He is a prolific artist, thinker and writer who is obsessed with films, philosophy and Beat Generation literature.

During his talks in Beijing and Shanghai Lee will engage the audience in all of these areas of his artistic life – sharing his poetry, his passions and his musical talent including a sound demonstration of extended guitar techniques.

Each session will be translated into Chinese and will run for about 90 minutes, concluding in a Q&A with the audience.

It will be a fantastic opportunity for his Chinese fans to have an intimate look at a true hero of 21st– century artistic expression.

Note
*You can collect your ticket from the ticket desk 30 minutes before the event begins.
*If you make a reservation but cannot make it to the event, please cancel by calling +86 10 57800200.
*Please bring an ID card to rent simultaneous interpretation equipment.
*No late entry.

Lee Ranaldo is a singer, guitarist, writer, producer, visual artist and one of the founding members of influential rock band Sonic Youth. Ranaldo began his music career in New York in the 1980s, playing in several bands including the early electric guitar orchestra of avante-garde musician Glenn Branca (along with Sonic Youth band mate Thurston Moore).

Throughout his career, Ranaldo has frequently produced sound, performance and visual art, and has released over 50 solo, band and collaborative recordings. He also has had a dozen books published, including travel journals and poetry. As a producer, Ranaldo has worked with Babes in Toyland, You Am I, Magik Markers, Deity Guns, and Kleg. Ranaldo has also released several records with jazz drummer William Hooker. His main musical side projects are Text of Light, Glacial, and Drift, a duo with his wife Leah Singer.

JUE | Music + Art is an annual urban festival that embraces the whole of Beijing and Shanghai. Celebrating its 6th year in 2014, JUE is all about showcasing the best of the local creative communities in these two great cities, as well as inviting artists from around the world to share their talent with China. We’re all about community, doing everything we can to set an intimate vibe, and to carefully weave every one of our artists and events into a multidisciplinary masterpiece. Dates: 7th – 23rd March.