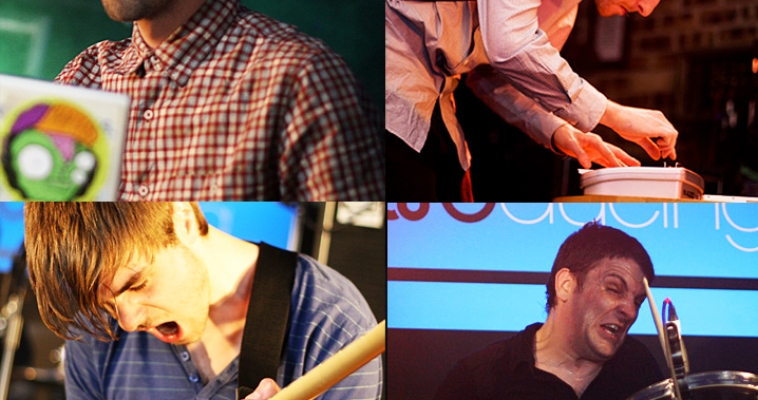 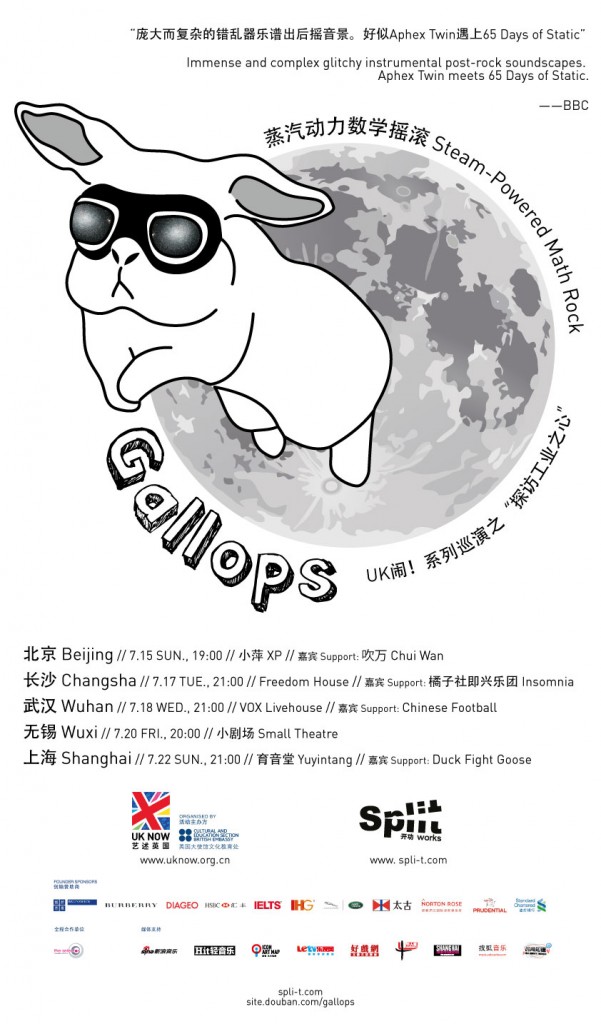 A blur of a four-headed machine, weaving mechanically pivoting structures of sound that evoke imagery of retro videogame dystopias and B-movie horror soundtracks; it’s fair to say that Welsh instrumentalists Gallops are a band whose music transcends the sum of their basic components. The band made an initial impression last year with a self-titled debut EP that saw them take carefully calculated segments of math-rock and gleefully throw them together with force, before feeding the resulting amalgamations through what sounded like a mutated ZX Spectrum – a result of, as they admit, “the 16-bit computer games we grew up playing.”

Now gearing up to release their first full-length later this summer, Gallops are warming up with a full China tour in July under the auspices of leading Chinese promotions outfit Split Works. Working together with the British Council and UK Now, Gallops are kicking off Split Works’ UK Now Concert Series, a project that comprises a total of 4 tours by UK bands over the second half of 2012.

Just past the first anniversary of their last release, the double A-side Joust/Eukodol, Gallops spent the rest of the year touring in support of those releases before heading back into the studio to record their debut album, Yours Sincerely, Doctor Hardcore. With shades of early Battles distilled and mashed up with tinkly synths and driving rhythms, Gallops take their all-instrumental show on the untraveled roads of China in July 2012. 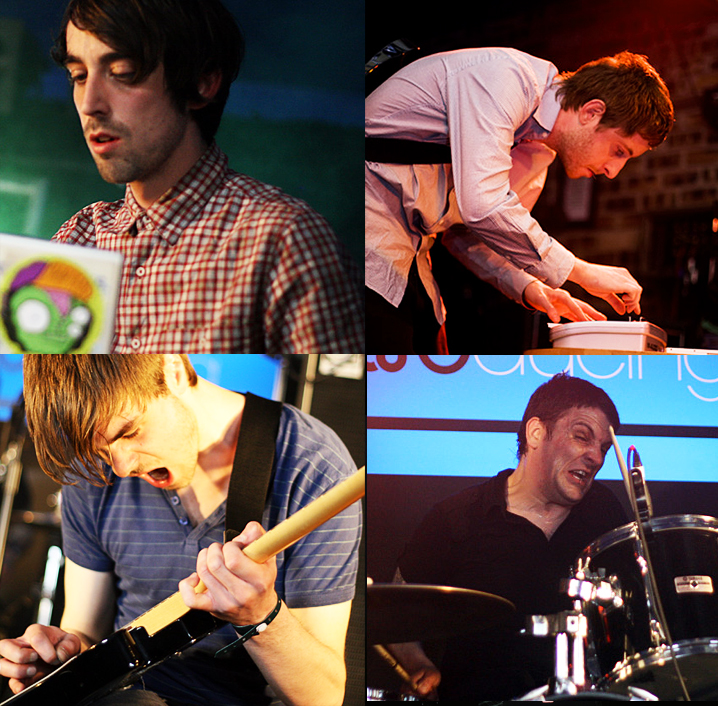