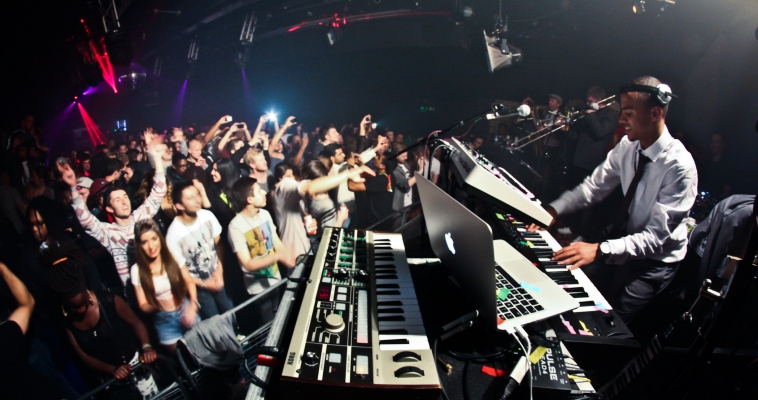 After the huge success of Blak Twang in 2014, JUE | Music + Art and Electric East are back with one of the UK’s most respected producers and DJ’s, Swindle. With releases on Butterz, Brownswood and Deep Medi and having collaborated with the likes of Wiley, Professor Green, Big Narstie and Ghetts, it’s no surprise that he continues to shine as a key producer in the grime scene.

Swindle has toured the world as a solo act and as part of “Mala in Cuba”. For this debut in China, he’ll be joined by producer Conrank, a major force in the local Shanghai scene. Conrank had a huge year in 2014, which saw him collaborate with DJ Shadow and tour the US. 2015 looks to be just as exciting with a forthcoming track on 12th Planets LA-based label “SMOG” and various tours are in the works. Rounding the bill off, we’ve got Electric East’s killer residents, Zean (with a new release forthcoming on Rankadank), Q-Kraft and Misloop, who time and time again deliver the best bass music from around the world. All this will be packed into one of the most legendary nightclubs in China, The Shelter. You’ve got no excuses – this will be one of the heaviest nights in 2015.

Founded by Conrank in 2011 as a music blog providing a daily dose of cutting edge bass music, Electric East soon started putting on events around Shanghai and then spread across china, throwing shows in Kunming, Beijing and Nantong. 3 years on and Electric East’s team has expanded, calling on the talents of DJ’s Misloop, Zean and Q-kraft and through the years they have hosted some incredible acts, including Killa Kela, South Rakkas Crew, Blaktwang, Guerilla Speakerz, Subp Yao and Doorly to name but a few. Electric East prides itself on delivering an eclectic mix of quality bass music ranging from Grime, dubstep and trap to Dnb, bassline house and garage.