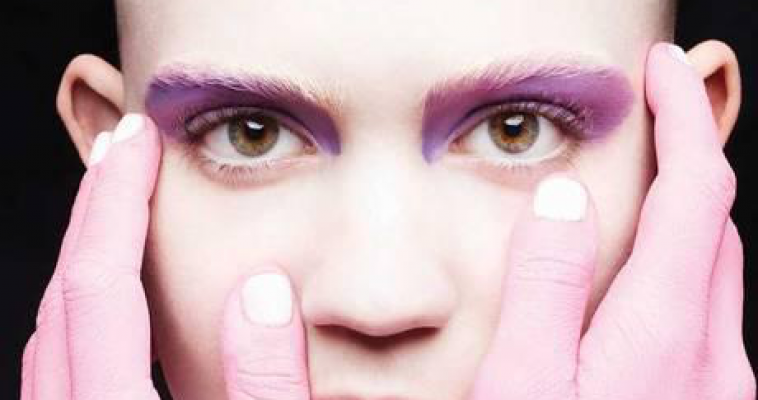 “It’s kind of like I’m Phil Spector and I’m forcing a young girl to make pop music and perform exhaustively. Except, instead of it being someone else, that girl is also me.

Grimes is an artist that gleefully defies classification. Having shed labels such as “post-Internet,” “grave wave” and witch house as quickly as others change socks, Grimes (neé Claire Boucher) creates a total visual and audio experience that cuts across genres as disparate as New Age, glitch, K-pop and industrial dance music (IDM) for one of the most creative voices of the new millennium. Her 2012 4AD debut Visions has landed on the year-end Top-10 lists of the Guardian, Pitchfork, Q, NME among scores of others.

Building on the schizophrenic, all-encompassing influences of her earlier releases Halfaxa, Darkbloom and Geidi Primes, the songs on Visions express the tensions that form the heart of her music: “the marriage between the voice of a human and the heartbeat of a machine” (Bullett Magazine). Throughout the album, Grimes harnesses her alien-princess vocals and freewheeling looping harmonies with laser-sharp focus to craft perfect electro pop gems.

This March, Split Works and JUE | Music + Art welcome Grimes to China. We invite all music fans to be a part of something like they have never experienced before.