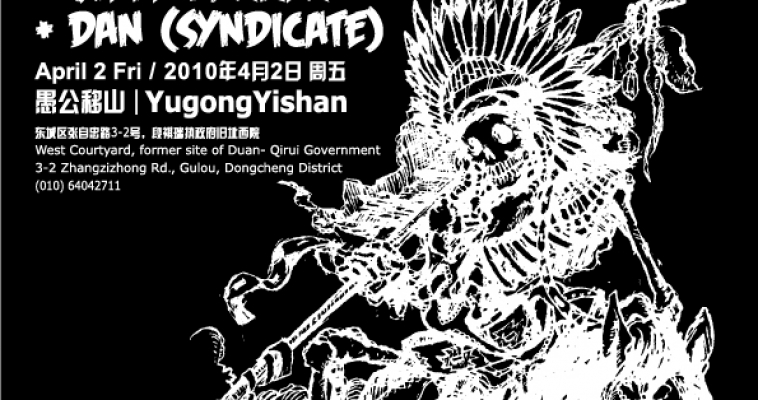 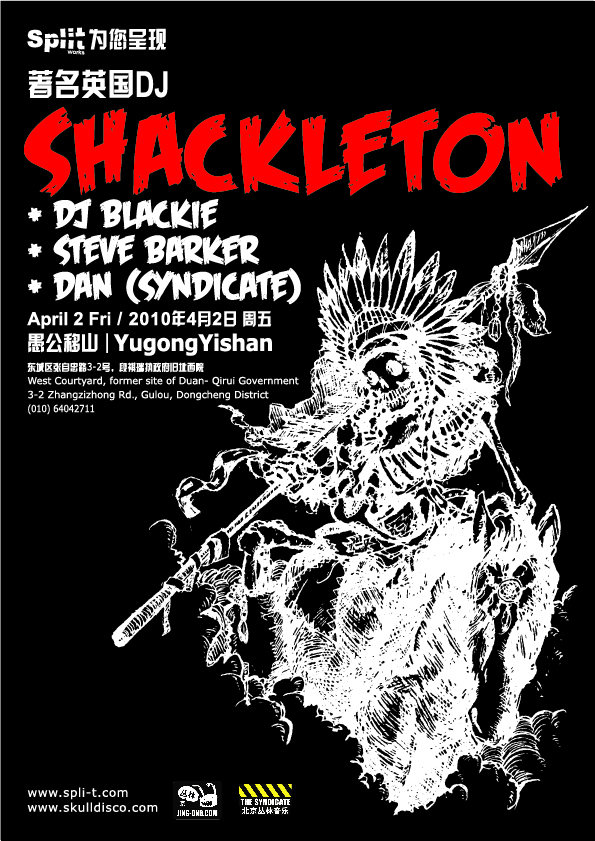 He’s known as one of the biggest names on the global dub scene, but Shackleton’s oblique take on big basslines and complex beats with grime and electro influences doesn’t fit easily into genre categories.

Taking influences from the UK’s dubstep sound, Berlin’s techno expertise and drum and percussion rhythms from every corner of the globe, Shackleton carves out his own brand of eclecticism with intricate, snaking percussion, hypnotic melodies, seriously deep bass lines and dubwise sensibilities.

He was also the mastermind behind the seminal London dubstep label Skull Disco, known for flying in the face of the rigid dub formula, with African drumming, four-on-the-floor rhythms, and distinctive pen-and-ink album artwork by Zeke Clough.

Very rarely leaving Europe, this is a very special opportunity to experience one of Shackleton’s amazing live sets in what will be one of his only performances this side of globe for a very long time!

DJ Blackie has been involved in promoting and DJing at a huge number of nights for the last 8 years, starting off in the illegal rave scene in England before moving onto a weekly slot on the English student radio station Fuse Fm. After coming to China, Blackie quickly got involved in the legendary Beijing Drum and Bass collective, The Syndicate, and has been a major player in establishing the crew as the one of the most respected of its kind in the capital. Over the last two years DJ Blackie has also worked alongside the uber-respected ‘o2culture’ production outfit by being selected to DJ at a number of their hugely popular Yen party series.

Blackie’s high octane sets and fast mixing have helped secure bookings at major nights involving big UK labels, such as Hospital and Metalheadz, and have seen him play in front of pumped crowds at outdoor festivals, huge megaclubs and intimate venues. This all culminated in Blackie being recently voted ‘2009 Beijing-Based DJ of the Year’ by readers of City Weekend Magazine.

Steve Barker is one of the UK’s leading authorities on dub/reggae and has been hosting and curating the hugely influential ‘On The Wire’ radio show for BBC Radio Lancashire since 1984. The show’s eclectic mix of styles and groundbreaking programming has led many to compare Barker with the late John Peel and a quick look over at Wikipedia tells us that ‘On the Wire’ was one of the first shows in the UK to play hip-hop, house and techno. It gave the first radio plays in the UK for Derrick May and Kevin Saunderson and the radio premier of 808 State’s “Pacific State” and A Guy Called Gerald’s “Voodoo Ray”.

Now based largely in Beijing, Barker continues to curate the On the Wire from China, as well as contributing to The Wire magazine, taking charge of the Dub reviews section among many other things. He has DJ’d across Europe, the States and Asia. If you’ve never heard his amazing radio show before head to http://www.onthewire.uk.com for a real treat.

Dan has been involved in the Beijing music scene for over seven years and is the founder of the The Syndicate , which has been responsible for bringing many of the the top international names in Drum & Bass and Dubstep to Beijing over the past 6 years. As a DJ he covers a range of bass-centered dubwise styles, featuring fresh tunes and classics alike.