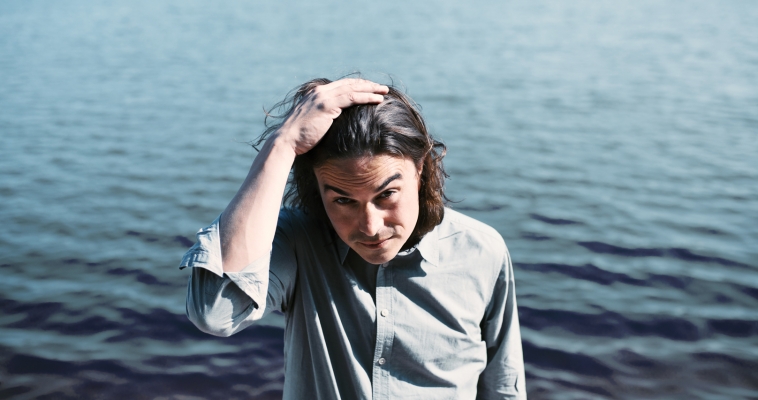 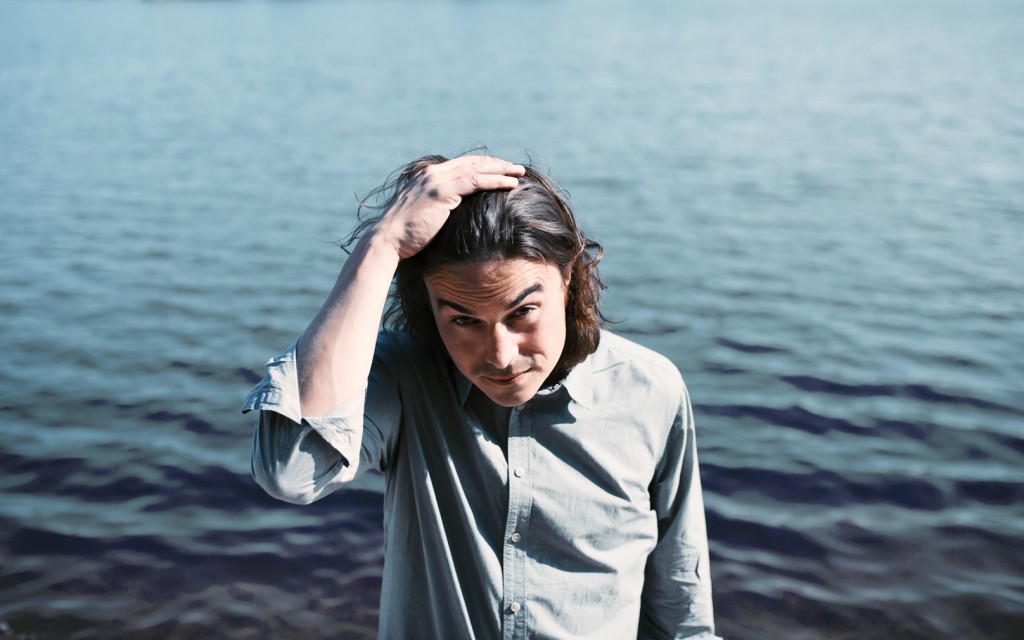 “Another sharp left turn: with nothing but piano and Krug’s voice, it’s the starkest, most gripping Moonface record to date, and one of the finest LPs of Krug’s prolific, unpredictable career”  – Pitchfork review of Moonface’s latest album Julia With Blue Jeans On.

Split Works is privileged and overjoyed to be pioneering a new concept to bring globally renowned contemporary independent artists to audiences in China. Beginning in September, the Poet Pianist, Moonface (Spencer Krug of Wolf Parade and Sunset Rubdown) will be embarking on a small tour around China. In addition to his performance at the Shanghai Symphony Orchestra’s Contemporale, audiences in Beijing, Suzhou, and Changzhou can experience Moonface’s anguishing vocals and poetic piano performance.

Since January 2010, Spencer Krug has used Moonface as a venue for home-recorded instrumental and conceptual experimentation, expanding the ideas he developed collaboratively with previous projects Wolf Parade and Sunset Rubdown. Releases under the Moonface moniker have come quickly, each distinct from the other. After moving from Montreal to Helsinki, Krug teamed up with the Finnish band Siinai to create a lush rock record–2012’s Heartbreaking Bravery–driven by the dark despair of a breakup. Staying in Helsinki, Krug set off on yet another creative departure, driven by a rediscovery of love and a reconsideration of the Moonface persona he’d created for himself. The quietly stunning Julia with Blue Jeans On is the fourth Moonface release, bringing a degree of intimacy and self-reflection unlike anything Krug has produced to date.

Split Works looks forward to seeing you at a show soon! 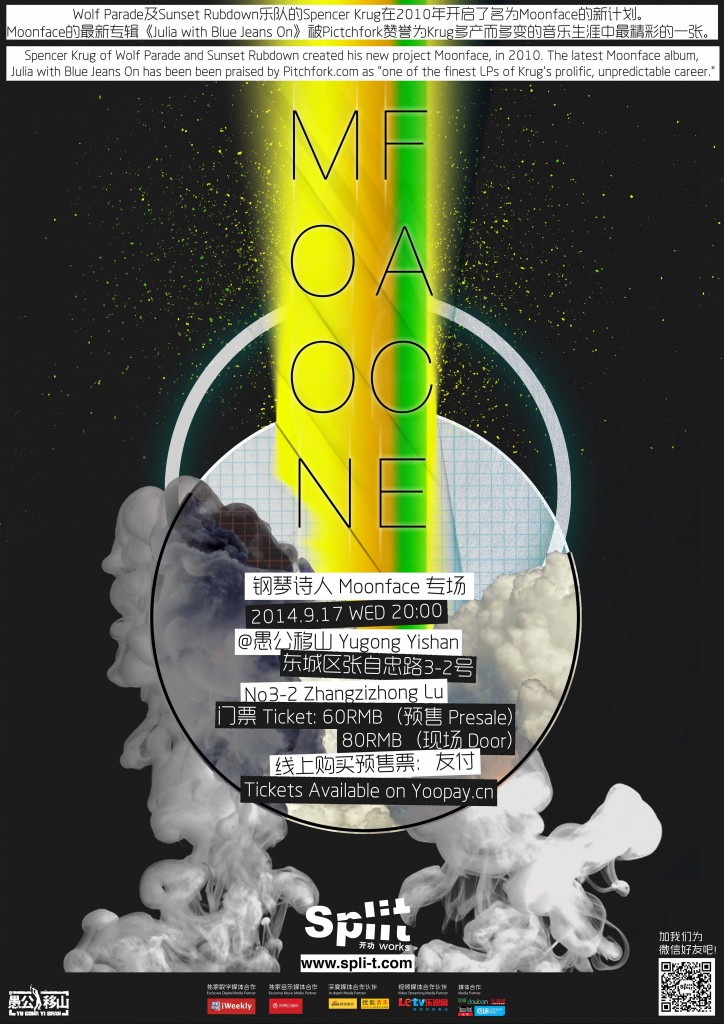 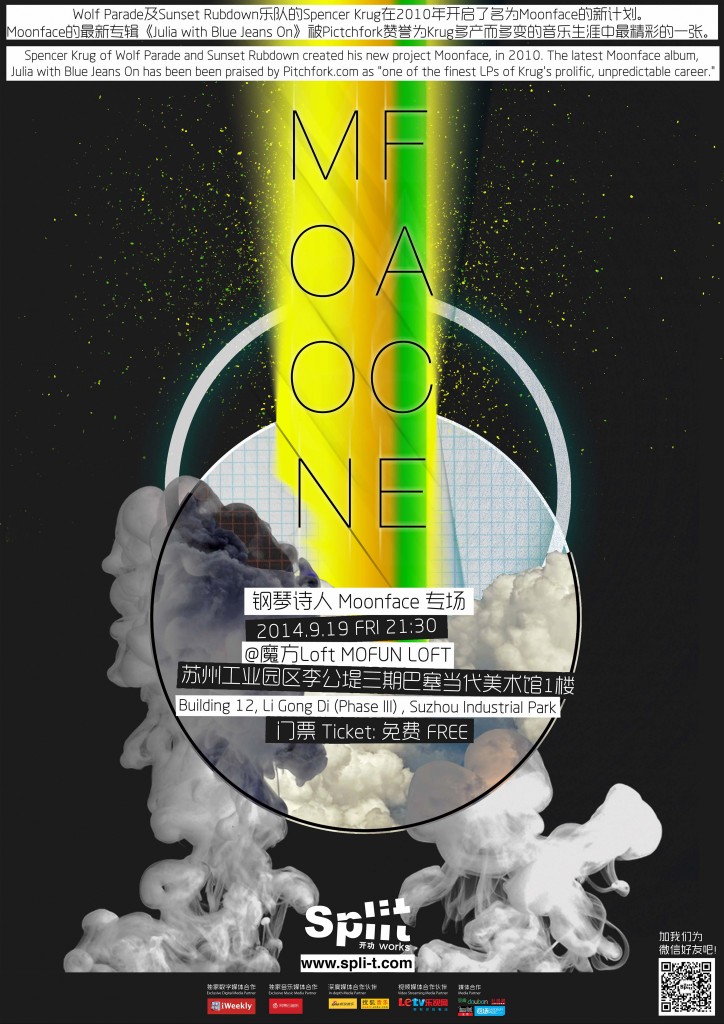 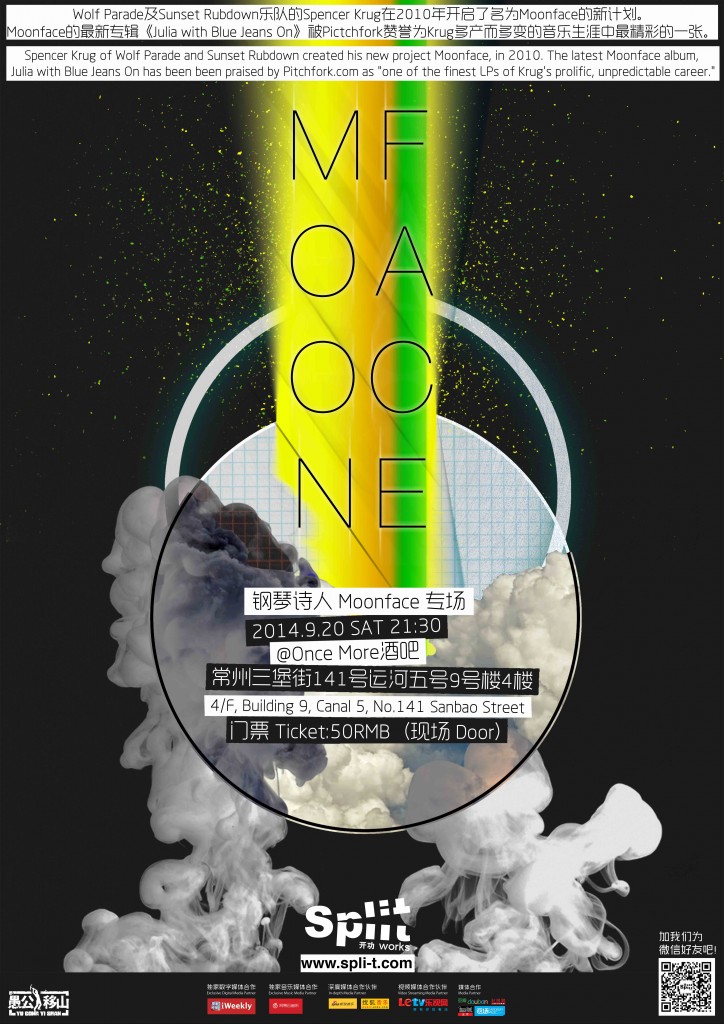 Pitchfork review of Julia with Blue Jeans On: pitchfork.com/reviews/albums/18764-moonface-julia-with-blue-jeans-on/