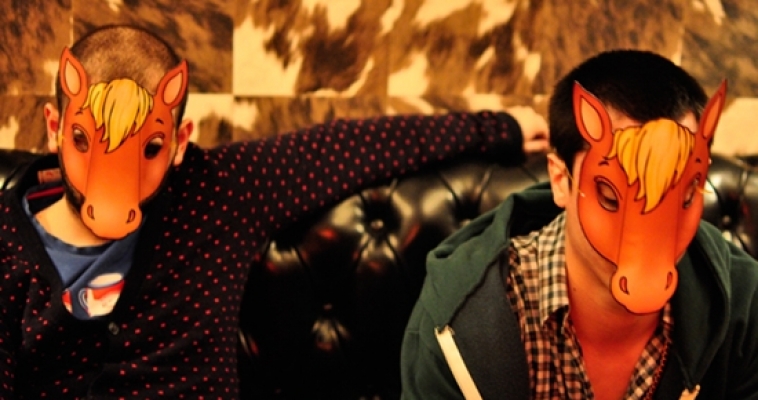 For this year’s JUE | Music + Art festival, China promoters Split Works brought over a three-piece American group called Devil Music Ensemble, who performed an original composition, a new score to the Chinese silent film Red Heroine. In Shanghai, the opening band for their show were two Shanghai-based DJs Laura Ingalls and Clement Pony, who perform as The Horses (or Acid Pony Club). They had prepared their own new, original composition film score, to a seminal (or so Wikipedia tells us) Swedish silent film called The Phantom Carriage.

Split Works pencil sharpener/top banana Archie Hamilton was quoted saying that Devil Music Ensemble and Acid Pony Club gig at Art Labor was the “best fucking show at JUE this year.” Now, the Ponys have finally uploaded their work to the wild wonderful Internets for all of you lucky people to watch, learn, and be amazed. Check it out below. Peep at the Ponys’ Soundcloud and keep updated with their distro label, Disques Poney.