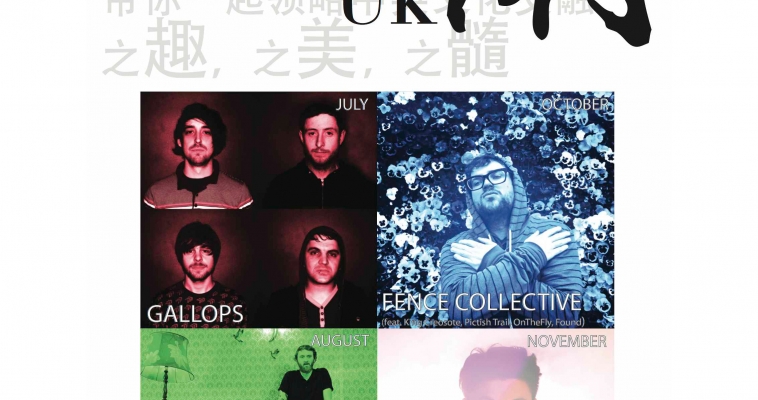 Split Works is very excited to announce an ongoing partnership with UK Now and the British Council to conduct four individual tours for four British bands over summer and fall 2012. Hailing from each of the United Kingdom’s four countries, each band will embark on a customized journey across China, taking in the local sounds and visions of the Middle Kingdom along the way. Far from home, they will fully immerse themselves into the local culture and incorporate those elements they encounter on their journey into each musical performance along the way. 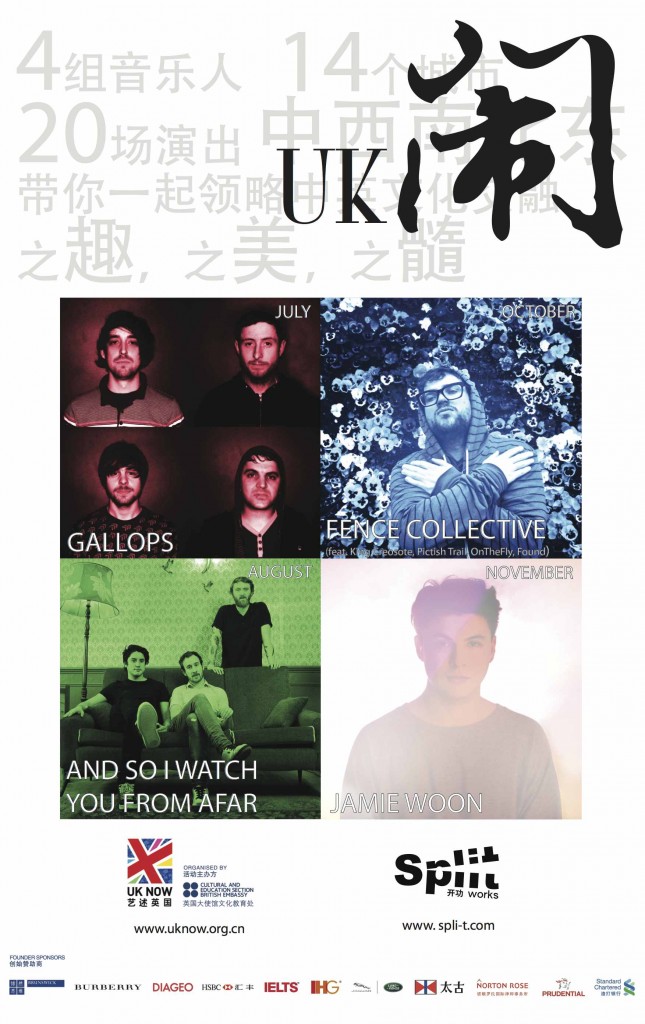 Kicking off the tour in July is Welsh upstarts Gallops, bringing to China their particular, peculiar brand of electrified, analog, blippy math-rock to China’s industrial heart of Wuhan and Changsha. They will confront the machines that spearheaded the first wave of China’s economic development and translate those sputtering beasts into analytical beats on the stage. Fresh off the recording of their debut album, the boys from Wrexham are taking the flavours of north Wales on the road to China.

Hot on their heels, Northern Irish post-rock outfit And So I Watch You From Afar (ASIWYFA) arrive for a journey to the West. Embarking on a route that takes them to China’s southwestern borderlands of Sichuan and Yunnan, Southwest China is home to lush forests, exotic peoples and some of China’s most creative musicians as well as the new industrial strongholds of Chengdu and Chongqing. Having written, played, produced, designed and released their debut album, ASIWYFA’s unshakeable DIY ethos fits in perfectly with the self-made men and women courageous enough to take on China’s wild west.

And So I Watch You From Afar: The Western Lands

Even the toughest of bands and their voluminous facial hair wilt in the face of summer heat, so the UK Now Concert Series takes a break until October, where we will bring the lilting melodies of Fence Records’ founder Kenny Anderson, a.k.a. King Creosote to the Northwest frontier regions of Xinjiang. Guided by local artists Mamer and his IZ collective, we will visit old Buddhist shrines, hang out in the local markets, and record a culture that is as ancient as the trade that once spanned from Xi’an to the Bosphorus.

The UK Now Concert Series concludes with a tour of the northern cities’ glittering lights by English electronic bluesman Jamie Woon. Moving between soul, electronica, pop and dubstep as easily as the high-speed rails crisscross China, Jamie Woon has made a name for himself playing live, either solo onstage, or backing up the likes of the late, great Amy Winehouse. Embarking on a journey to China’s northern capitals of Shenyang, Harbin and Dalian on the cusp of winter, Jamie Woon will bring warmth to the snowdrifts blanketing the countryside.