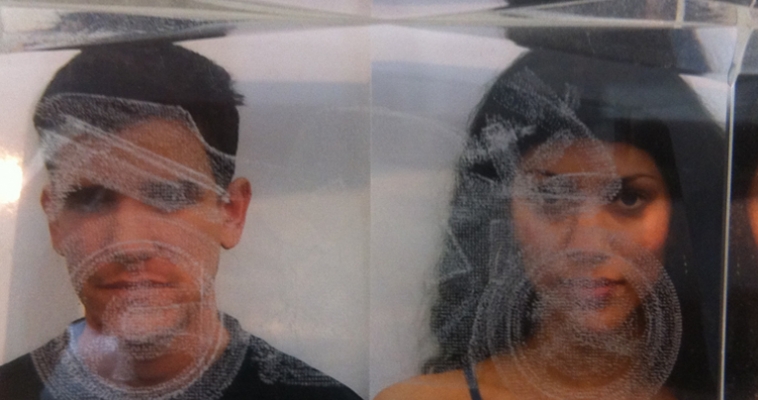 Your favorite Wooozy Offline Series brings the Nguzunguzu-noise this September.  This dynamic L.A. Duo (Asma Maroof and Daniel Pineda) are going to bounce the roof off Shanghai’s Shelter on Saturday September 20. Continuing a nascent tradition of next-generation electronic explorations, Wooozy Offline #4 will take its audience deep into the forests of American dance beats. If you are hip to experience “an eerie dose of deep electronics” (ConsequenceofSound) then Shelter on September 20th is where you should be. Vice’s Thump UK waxes even more lyrical about Nguzunguzu: “in a fractious club world, few sound as vital, forward-thinking and goddamn fun as Nguzunguzu.” As with all Wooozy Offline parties in Shanghai, Wooozy Residents dj sleepless, Deep 19, and Jackie, will be on the decks for your maximum pleasure.

“frantic, tribal sounds that drew on the convergence of Brazilian baile rhythms, Chicago house and London dance music to create primal, infectious grooves…straddles the line between smooth and hard, making it a perfect mixtape for driving around L.A. with the sunroof open or messing around in bed with your clothes off.”-LA Times

Nguzunguzu released their first EP Warm Pulse in 2012 with their second EP Skycell hot on its heels the next year. They’ve also recently made beats for artists like Kelela and Le1f.

In October we’ll be welcoming to China a true pioneer in the form of Untold (aka Jack Dunning). This is the guy who gave James Blake his break when he put out Blake’s first release on his Hemlock Recording imprint. In November, we are super stoked to be bringing rising star Lone, whose new album Reality Testing has been receiving rave reviews.  He will bring his full A/V live show to China.

We also want you guys to come down and check out our amazing Wooozy Offline residents – entry to this weekend’s party is only 50RMB before 11pm. After 11pm though, it’s back to the original 80RMB. So get there early! 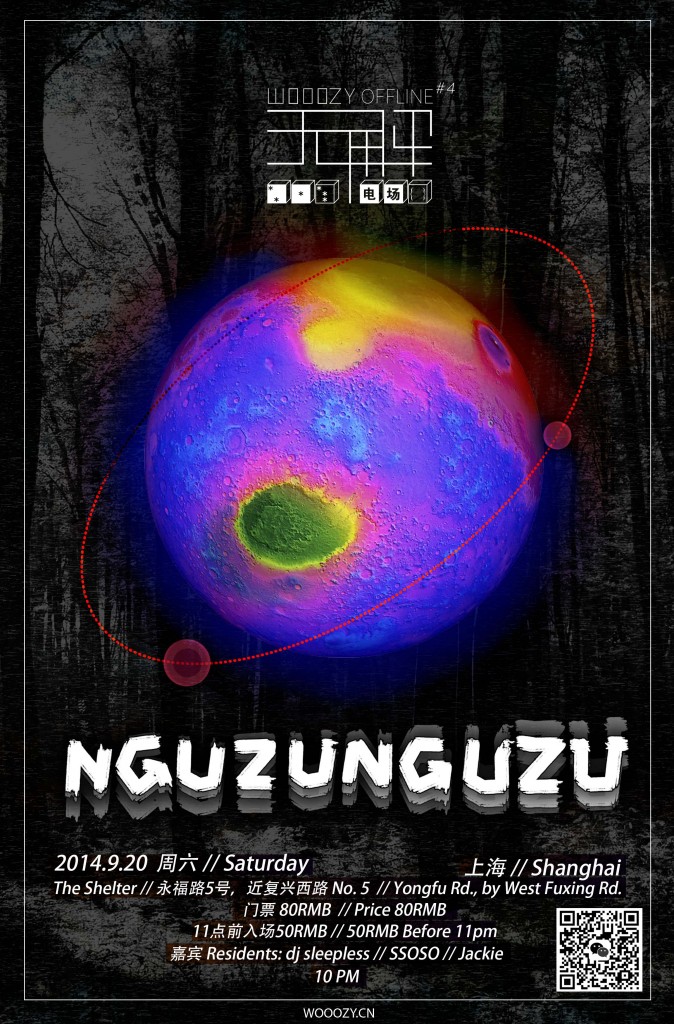 About Wooozy Offline Residents in Shanghai:

dj sleepless: a sleepless set can be defined as indefinable, shifting sleeplessly between genres, but never forgetting the dance floor, keeping things fresh with the odd curveball.

Deep 19: He’s is not your traditional DJ.  His clever use of software means that his sets are never predictable; he creates a unique and varied palette that both leads and reacts to the energy of the club.