Wooozy Community Films #1: Do It Yourself – The Story of Rough Trade 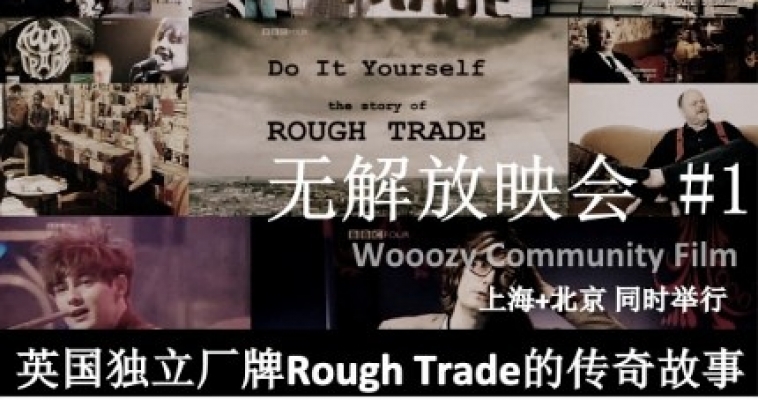 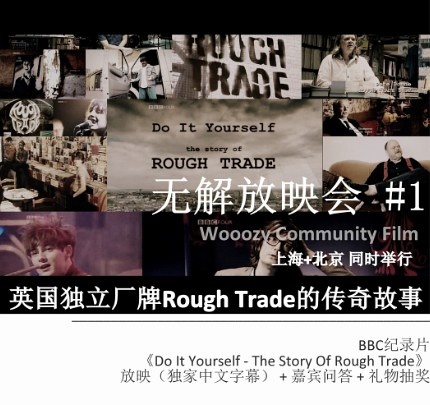 BBC Four: Do It Yourself – The Story of Rough Trade (with Chinese subtitles)

Southwest Corner of Di’anmen Intersection (behind the chestnut stand)

One of the most recognizable names in world of independent record labels, Rough Trade grew from a single shop in 1970s London into one of the largest and most well-respected labels in the music industry today. Boasting such early signing such as the Buzzcocks and the Smiths, the label was an integral force shaping the early face of indie rock. Today, the label continues to influence through signings of the Strokes, the Libertines, Belle & Sebastian and many more.

In 2009, BBC Four released Do It Yourself – The Story of Rough Trade. Featuring interviews and archival footage and recordings from both the early and major players behind the label, Do It Yourself cast a heretofore unseen look behind the scenes at one of the world’s most successful and influential indie music labels. The documentary interviews founder Geoff Travis, Jarvis Cocker (Pulp), Bernard Butler (Suede), the Strokes and many more artists, producers, promoters and others all involved in the business of independent music.

Wooozy Community Films are a new initiative started by Wooozy.cn, with the first screenings happening in Beijing and Shanghai this November. The impetus for these events comes from our knowledge of many groundbreaking music documentaries which music fans in Mainland China have found difficult to access. Therefore, the Wooozy Community Films fill that gap: music documentaries, subtitled in Chinese.

Every two months, we will hold a screening in both Beijing and Shanghai. Not just movies, the film screenings will also include post-film discussions, cultural salons, appearances by special industry guests and more. We hope that the screenings will foster a sense of community and camaraderie between music fans in each city. Last but not least, there will even be special prizes for lucky attendees. So what are you waiting for?