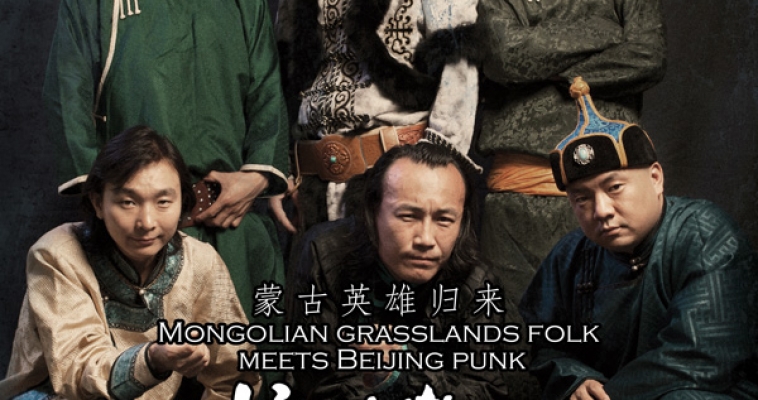 “One of the most rousing and inventive folk-rock albums of the year comes from the grasslands of Inner Mongolia, via Beijing… (Hanggai) is Asian crossover music at its best.”

“Banjo twanging fun from Bejing’s Mongolian Hillbillies….sounds like the Pogues with a sprinkle of Chinese opera.” 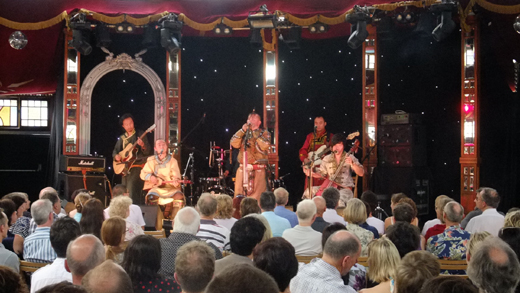 Hanggai, from the steppes of Mongolia by way of Beijing, is a crossover band that blends world music and rock and roll. The band is comprised of members from Beijing, Inner Mongolia, which covers a vast portion of China’s north, Xinjiang in China’s far northwest, and Qinghai’s Haixi Mongolian Prefecture in northwest China. As anyone who has seen one of their live performances (including their JUE 2010 appearance at Mao Livehouse) knows very well, Hanggai put on a spectacularly glorious, rowdy and transcendent live show, complete with throat singing, mouth harping, foot stomping and beer swilling.

Last September saw the release of Hanggai’s second album, “He Who Travels Far,” which was produced by Ken Stringfellow, an American musician and producer who has worked with the likes of R.E.M and Neil Young and features the legendary guitar stylings of Tom Waits’ frequent collaborator, Marc Ribot. Critics are pretty much obsessed with the album, which has earned 4 Stars from world music authorities including Earthbeat and World Connection.

What’s that you say? You’re still hungry for more info About Hanggai? Well then, let us regale you with the story of the band’s beginnings:

Hanggai’s sound is based in traditional Mongolian music, a world that is rich in material, because each part of Mongolia (be that Outer Mongolia or Inner Mongolia) has its own musical traditions. Selecting folk tunes that offer a unique sound or emotion, the band works together to craft songs that retain their traditional base while offering a more modern sound. Traditional instruments like the horehead fiddle, the mouth harp and the sanxian fit comfortably side by side with more modern instruments like electric guitar, electric bass and a Western drum kit.

Coming from a musical family, Abaji took up the guitar at age 11, followed by other instruments: clarinet, drums, oud, bouzouki and flutes acquired on his travels around the world. He put these varied instruments to use in unconventional ways, developing a sound that fused his musical passions: Indian music, Oriental music, and blues. Today, he is something of a musical hoarder, estimating that he owns over 250 musical instruments. 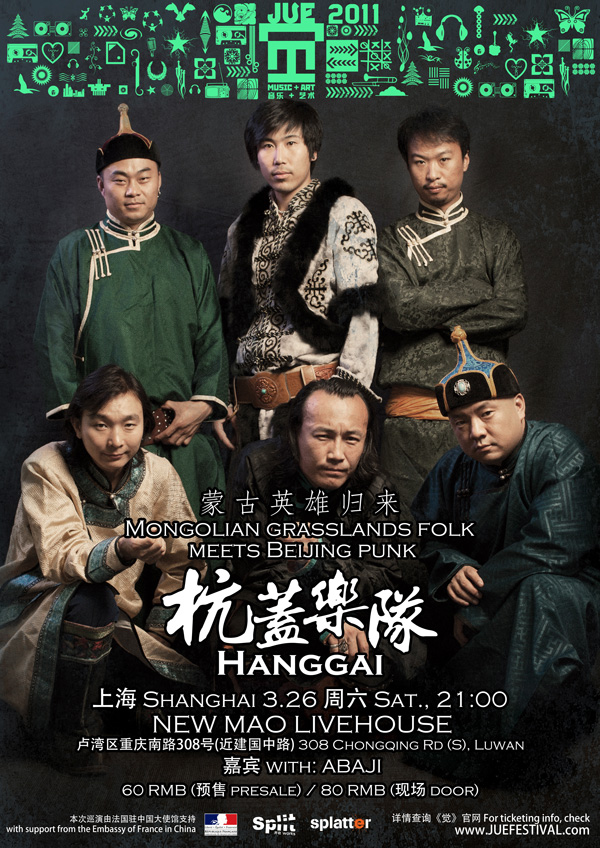