Cigarettes After Sex holds you in a hell of a spell.

Their cinematic slow-burn pop unspools like the most achingly romantic of movies. Swooning in the spirit of influences like Mazzy Star and Red House Painters, this is that rare band that can create a singular world and mood of its own – a fact not lost on their growing, devoted following.

“Sun sets, we wander through a foreign town / Strangely, there’s nobody else around”

And what a mood it is.

Like their songs, the journey that Cigarettes After Sex took to indie fame was a long, drawn-out slow-burn.

Frontman Greg Gonzalez and co. started the project in 2008, putting out a debut EP in 2012. But it took a “breakthough weekend” in 2015, when a burst of online fame suddenly put the band on the map.

2017 saw their self-titled debut album. A sumptuous realisation of the sound they’d been hinting at,it’s receiving critical acclaim and enormous press. The songs are intense and intimate, encoded with confessional lyrics that frequently conjure goosebumps, as if intruding on a private conversation. Between Gonzalez’ androgynous voice, the echoing guitar solos, and the subdued pulse of the drums – this debut went above and beyond even the sky-high buzz around the group.

“My favorite thing that people say is that the music helps them, if they have sleep anxiety. It’s like music therapy. That’s basically the greatest compliment I could ever receive,” Gonzalez said in an interview. “Because if I’ve had really rough times, in the same way, I’ll use music for that purpose, to get all the noise out of your head.”

It’s easy to see why.These are siren songs, leading you puppeteer-like, towards an entrancing, enchanting state of mind. Somewhere between nostalgic and meditative.

This one is pure ‘Grass wish-fulfillment.We can’t wait to see you all there. 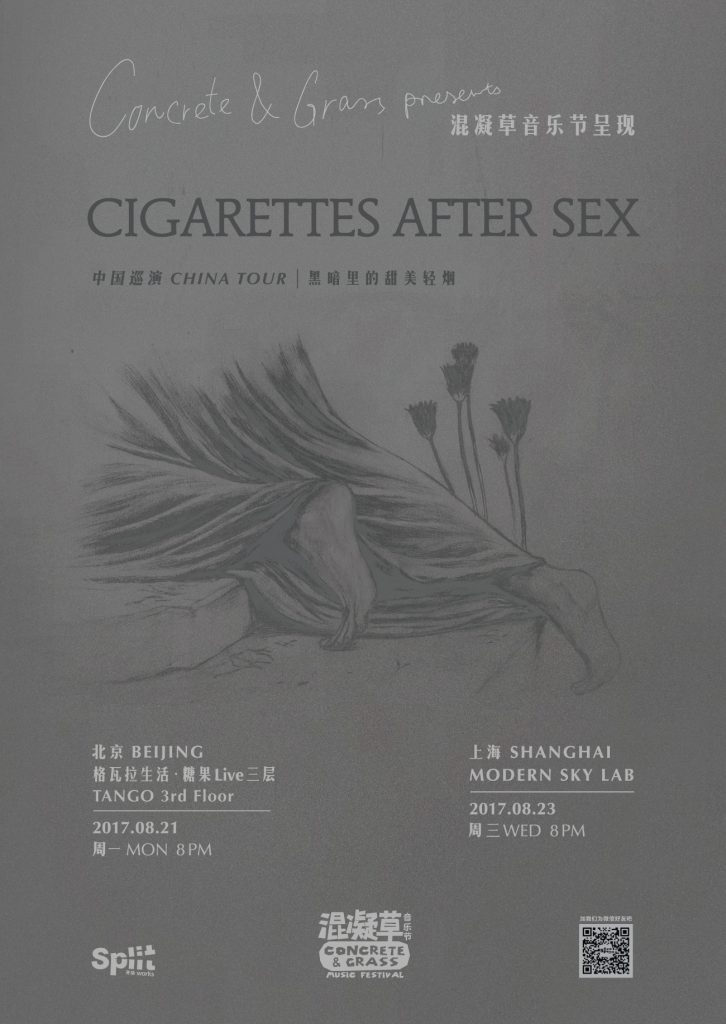 About Split Works:
Split Works has been rocking in the free (ish) world since 2006. Working with inspirational artists from across the globe, the good people at Split Works HQ have been a key contributor to the continued rise of China’s music scene.
Split Works has launched five music festivals and promoted over 400 tours to 30 Chinese cities, always striving to stay true to a familiar refrain: the music has to be special, every single time. From Godspeed You! Black Emperor to Sonic Youth, from Thee Oh Sees to Mac Demarco and Shabazz Palaces, from Black Rabbit to JUE and Wooozy to Concrete & Grass and More Music. We love music, we love China and we love you.