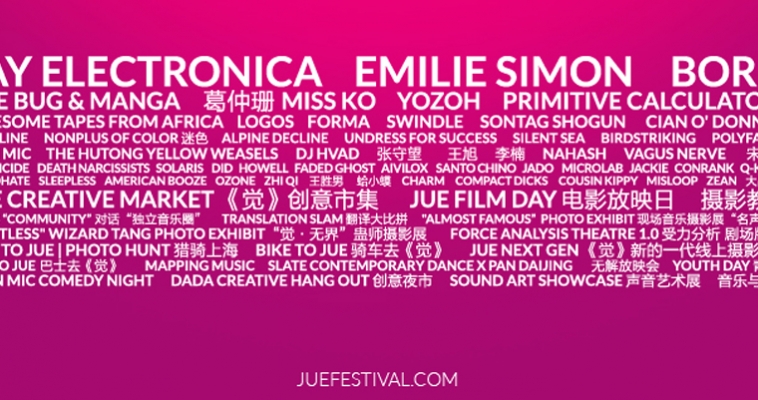 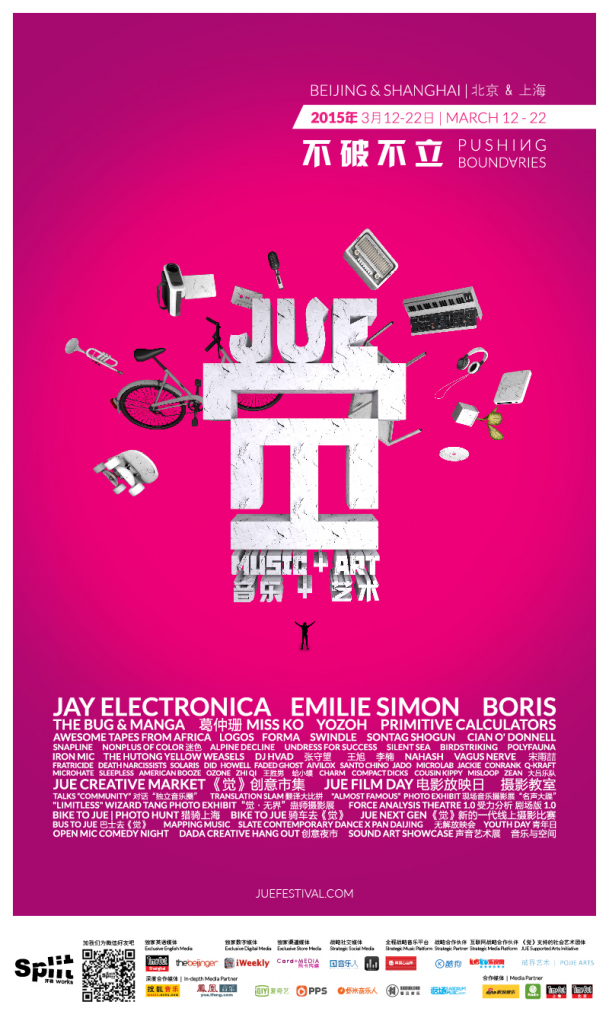 Come March 12 – 22, China sees the communities of Shanghai and Beijing come ablaze with creativity. JUE | Music + Art returns for its seventh consecutive year in 2015 and includes a musical line up that spans the depths of music – from Korean indie pop to Australian punk veterans – and an art programme that focuses specifically on music and the sounds around us. Hip Hop shows meet Chinese rock photo exhibits while music heads talk on the state of the international music community in a local livehouse followed by a cassette DJ show; JUE has it all from cycling scavenger hunts to live shows on busses. Over 45 events, 11 days, two cities. Get ready, go! 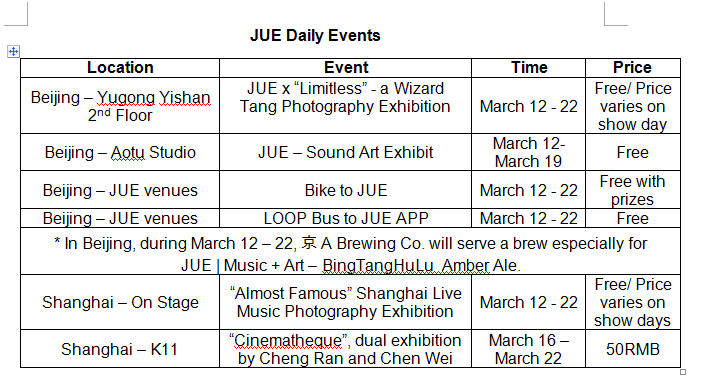 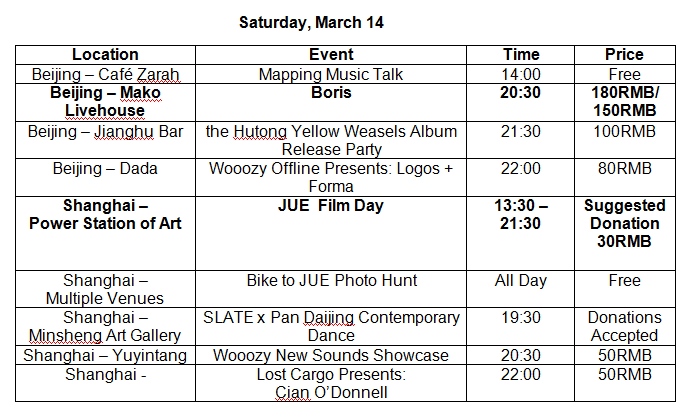 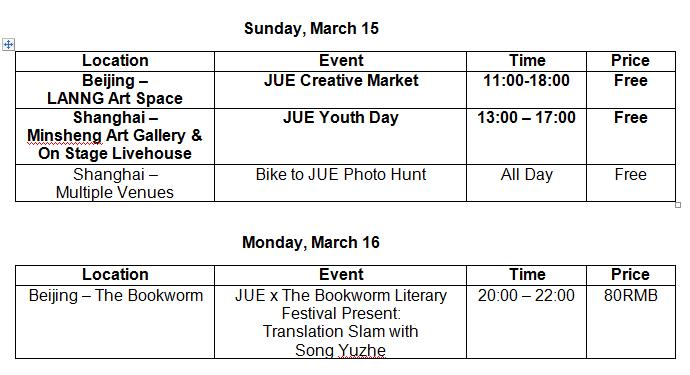 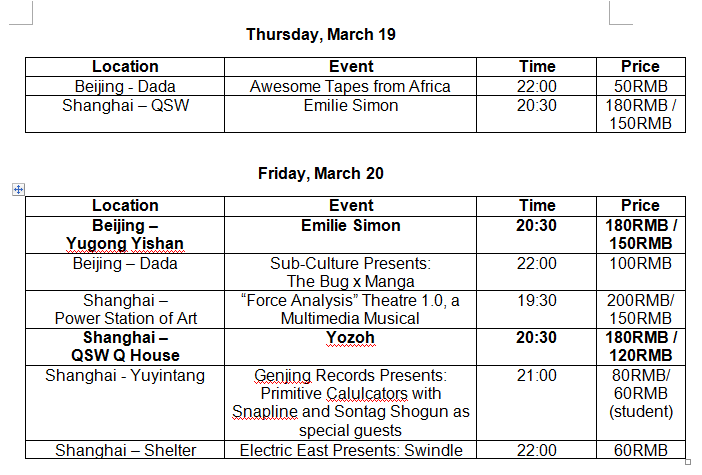 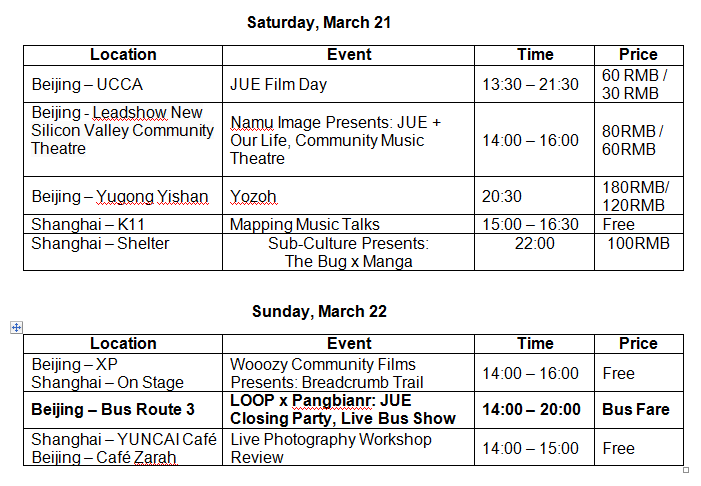