Announcing the JUE NEXT GEN 2012 Photographers of the Year! 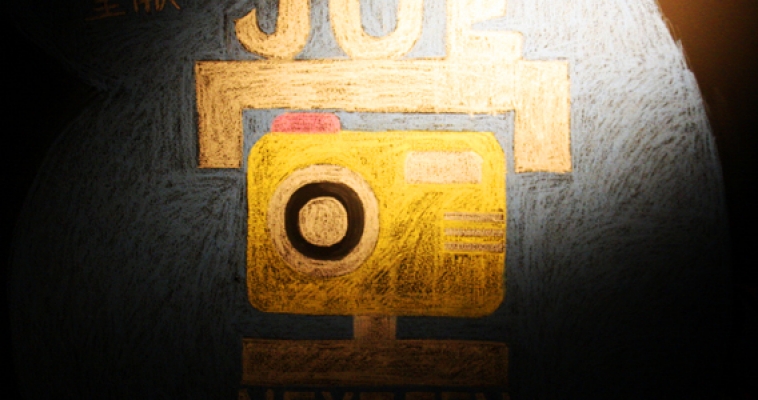 Announcing the JUE NEXT GEN 2012

Photographers of the Year!

This year’s installment of the JUE | Music + Art festival was a smash, culminating in the March 23 festival Wrap Party and Award Ceremony for the JUE NEXT GEN photography competition, presented by ospop.

The event was hosted at Shanghai’s Central Studios, where JUE artists, musicians, and other revelers from Shanghai’s creative scene enjoyed tropical cocktails courtesy of VnC, and mouth-watering Portuguese egg tarts and sausages from Scioko. ospop. collaboration partner Tian Yuan took some time to check out the JUE NEXT GEN exhibition and to rub elbows with the 200-odd party guests.

Grand Prize Winner: 27-year-old Qingdao, Shandong native 刘晓彤, who was awarded RMB 10,000 for his captivation photo, “围城” or “City Surroundings.” Scroll down below to learn more about Liu Xiaotong and his work.

People’s Choice Winner Shen Peiyu, 23, traveled from Beijing to attend the party and accept her award for her photo “海の男” or “Sea and Man,” which received the most votes from visitors to www.juefestival.com

Guests at the party

The 15 finalist photos, and the top 2 winners, were selected from over 400 entries by the JUE NEXT GEN judging panel:• Liu Dan, Photographer, Sohu

We caught up with Grand Prize winner Liu Xiaotong to learn more about this emerging young talent:

2. What sort of thing inspires you? What are some of the subjects that you frequently photograph?

At night, the city can finally catch her breath, after the mania of the day has subsided. However, even after we draw the curtain on the day, there are many aspects that have yet to be discovered. Every fragmented shadow reflected on the steel and concrete jungle of the city, every uncompromising beam of light shot into the night sky, they are my original inspiration. Their beauty is both honest and dishonest. In my opinion, photography is a path from imitation, to knowledge, to innovation. Self-understanding is very difficult to achieve; not everybody is willing to face their inner thoughts and then express them through the camera lens. When I first started out, I took photos of the light found in darkness and the warmth found in freezing cold. However, recently I have been exploring the deeper meaning and nether recesses of desperation and loneliness in my work. It has made me quite desperate as well. I have always been interested in the relationship between individuals and the city. Over the course of examining that relationship, I discovered the confusion and disorientation inherent in living in this city and the unknown nature of waiting for the future to arrive. But there always will be food to eat. I hope to move past these current darker subjects and into further exploration of the beautiful small things in life.

3. Tell us about the photograph you entered in the competition.

This photograph was taken at Lishui Qiao in Beijing. Litang Rd. is a major transportation artery into Beijing from the north, but the road itself hasn’t been able to support the traffic pressure for many years now. The wall shown in the photograph surrounds construction for a new access road, designed to relieve congestion, running parallel to Litang Rd. The construction workers were afraid that drivers wouldn’t be able to see the construction barriers at night, so they strung up a string of lights in an “M” shape to warn oncoming traffic. I thought this was really interesting – even if they hadn’t hung it in the shape of an “M” the lights still would have been there to warn drivers about the construction wall. But I had the faint impression that the construction worker who hung that string of lights in that shape had some mischievous or artistic or nice motive for doing that, and that resonated with me. At the moment when a local resident stuck his head into a gap in the barrier to take a look, I pressed the shutter.

4. What do you do now? What did you study in university?

Right now I work in IT. In university, I majored in Computer Science, Information Systems and Information Management.

5. What are your plans for the future?

At first, photography was an activity for me to de-stress. Through my work, I’ve been able to document the ups and downs and changes in my recent life. I think I’ll just keep taking photographs. Maybe one day I’ll go back to my hometown of Qingdao, find a place with a view of the ocean and open a coffee shop. I’ll hang my photographs on the walls and guests will be able to ask about the stories behind them.

Lastly, I’d like to take a moment to thank the organisers of JUE NEXT GEN for all their hard work and the judges for selecting my entry. My gratitude goes to those who strive for their ideals, for their livelihood, to those who struggle for their future, be it bright or bleak. Every drop of your sweats glistens in my eyes.