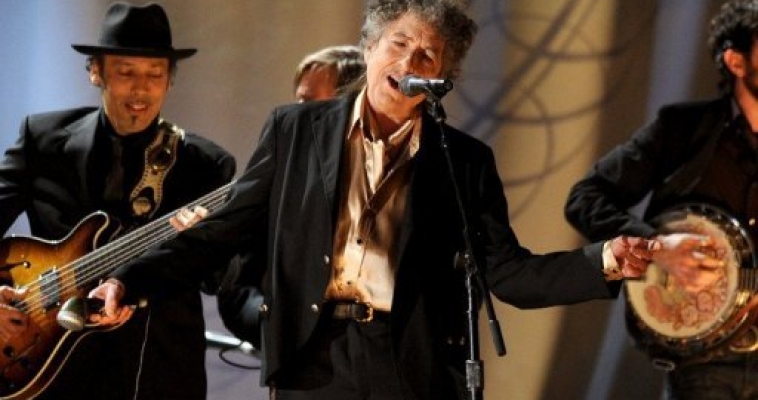 SHANGHAI — Bob Dylan’s first China concerts next month could be a sign the times are a-changing as the world’s biggest promoters make a push to bring more international music stars to the mainland.

The music legend’s shows in Beijing and Shanghai mark perhaps the biggest international music act in China since the Rolling Stones played Shanghai in 2006 — and since the global financial crisis rocked China’s promoters.

But big players are back. Dylan, whose first attempt to come to China last year was reportedly vetoed by the culture ministry, is being brought in by concert promotion giants Live Nation.

AEG is helping manage 18,000-seat arenas in Beijing and Shanghai and is hoping international acts can help fill the venues. AEG brought the Eagles to China this month and says more big names want to come.

“They’re very interested. It’s not a market where they’re able to generate a lot of record revenue, but here they can get the live show revenue which is increasingly the bread and butter of these artists,” Craig Hartenstine, AEG’s Shanghai-based senior vice president of tours and events told AFP.

China has failed to meet optimistic predictions sparked by the Rolling Stones’ concerts and has not become a crucial stop on rock’s world map. Jakarta sees more big names than Shanghai or Beijing.

China is even being skirted by artists who previously courted it, such as Avril Lavigne, who promoted last year’s Shanghai World Expo overseas and sang one of her hits in Mandarin at concerts in Beijing and Shanghai in 2008.

Mainland China does not appear in her May Asian tour dates.

The biggest problem is widely presumed to be official Chinese squeamishness with rock and its counter-culture references to politics and sex.

The culture ministry reportedly nixed “Brown Sugar” and other hits from the Rolling Stones’s setlist.

Oasis abruptly cancelled China shows in 2009, saying the government blocked them over guitarist Noel Gallagher’s performance at a Free Tibet benefit concert in 1997.

The situation worsened after Iceland’s Bjork closed a 2008 Shanghai show by shouting “Tibet!” at the end of her song “Declare Independence.”

But few permit applications actually fail and some rejections have been successfully appealed, said Archie Hamilton, managing director of Split Works, who organised this month’s Jue independent music festival in Shanghai and Beijing.

“It’s a pretty clear process and it’s getting clearer every day, every show we do,” AEG’s Hartenstine said.

The biggest obstacle is actually economics, said Steve Sybesma, a Shanghai-based partner at promoters Ato Ato, which since 2003 has brought James Brown, Norah Jones and the Black Eyed Peas to China.

“The number one reason for an artist going anywhere is: Can they sell enough tickets?” Sybesma said.

International rock remains a relatively niche market in the country of 1.3 billion people, which is dominated by Mandarin-language pop, Sybesma said.

Promoting concerts in Beijing and Shanghai can be hard enough, but nearly impossible in other, less cosmopolitan cities, he added.

The collapse of music sales due to online downloads and competition from pirated content has also slashed promotion budgets, making it even harder for younger artists to become known in China, Hamilton said.

“When you think about the investment it takes to get an artist big in the West, you’ve got to multiply that by ten for the kind of tide that will affect China,” he said.

Attempts to bring acts like 2010 double-Grammy winners Kings of Leon to China failed due to expected low ticket sales, he said.

“Because most of their revenue is coming from live (shows), most artists aren’t prepared to reduce their fee to come to China — except for those intelligent ones who are looking at this as a future gold mine,” Hamilton said.

“That’s the difference: there’s more opportunity. The Eagles can play there and some other artists that are quite big and demand more money,” he said.

But industry players have also become more realistic in their expectations for China after the 2008 financial crisis helped bring on the collapse of giants like Ticketmaster China that had aggressively expanded.

“It will grow at it’s own pace,” Sybesma said. “It’s not going to be a fast pace. I’ve been here almost eight years and I believe in the market. You just have to be patient.”