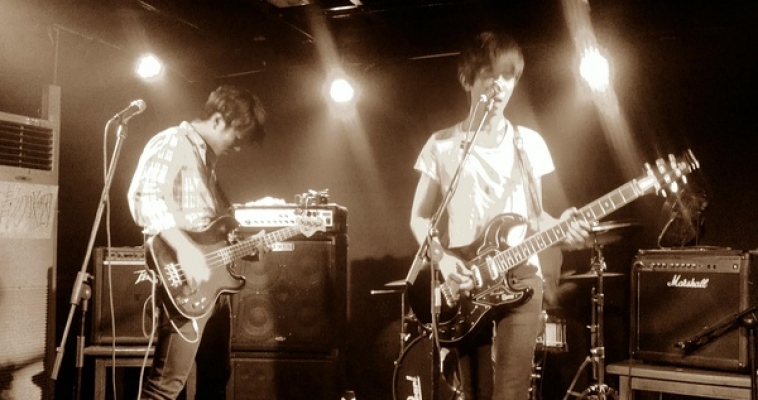 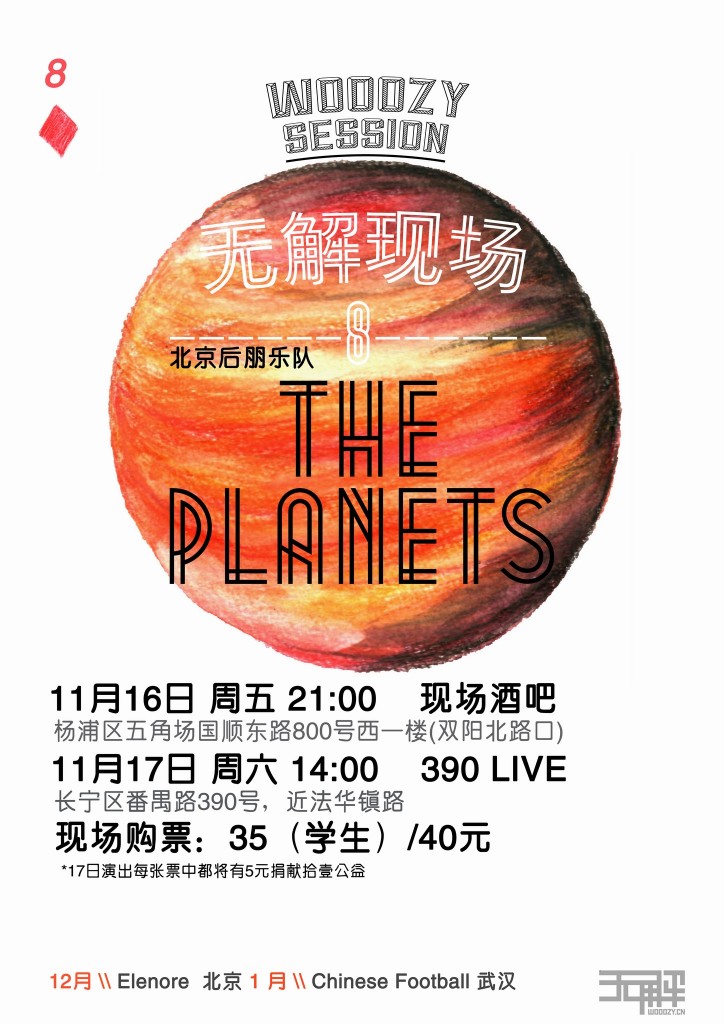 “Displaying a sound that can be described as a combination of the B-52s and Clap Your Hands Say Yeah!, but with razor-sharp melodies and an impressive falsetto on the lead singer, I spent the entire show suffused in pleasure and enjoyment. Which band is this? The Planets! Where did they come from? I haven’t enjoyed a live show this much in ages.” – Rock Beijing Music

From Beijing, the cradle of rock music, The Planets formed at the end of 2011 and have blazed their way through the northern capital’s many livehouses ever since. A slot at 2012’s Strawberry Festival and the designation by XP-the-new-D-22 as one of Beijing’s best live acts have already cemented their reputation as a young band worth keeping your eye out for. Their penchant for distortion creates twisted songs fill with dueling harmonies expressing everything from sorrow and regret to anger, vulgarity, and alienation. With the recent addition of synthesizers into their lineup, The Planets add another level of foreboding to their latest material.

Wooozy Sessions is a concert series started by Wooozy.cn with the cooperation of Shanghai’s independent livehouses. For the first seven editions of Wooozy Sessions, we worked very happily with one of Shanghai’s premier music venues, Yuyintang. However, following a “summer vacation” and re-evaluation of Wooozy Sessions’ goals, we have some changes to announce. The Wooozy Sessions will be moving from the second Thursday of each month to the third weekend. Instead of one show, there will be two – an evening gig at Live Bar and an afternoon session at 390 Live. Needless to say, the two shows in two different venues give these bands traveling from out of town double the opportunity to play and showcase themselves to a wider audience. The primary goal of Wooozy Sessions remains the same: to invite talented local bands from other parts of China, who have not yet had the opportunity to come to Shanghai, to play here.

Wooozy.cn is an independent music information site, with a finger on the pulse of the latest and greatest music from mainland China and the world.

It is our goal for the Wooozy Sessions to become a platform for music fans in Shanghai to discover new bands and genres, as well as a method of collaboration and exchange between Shanghai and the other cities of China.

Shiyi Gongyi was founded on December 31, 2010 to help impoverished children offset their medical costs. They promote community welfare and service and work to support impoverished children and their families in various ways, including applying for charity funds, spearheading donation campaigns, and providing psychological counseling among other initiatives. Through their hard work, they hope to expose more people to importance of community service and turn giving back to the less fortunate into a lifestyle.