These Are Powers （with PK14 and Carsick Cars) in Shanghai 2009 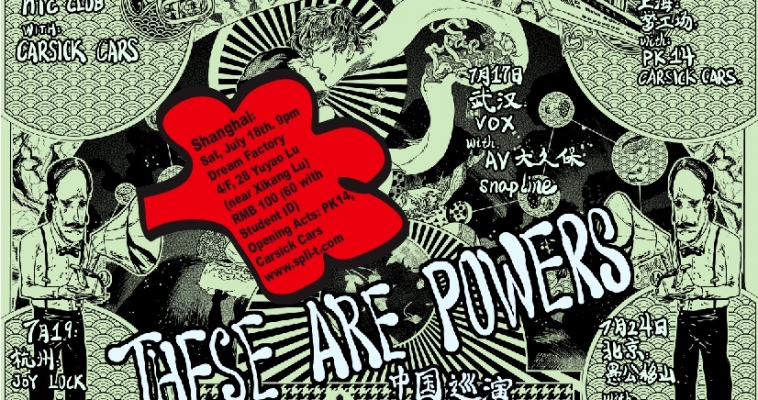 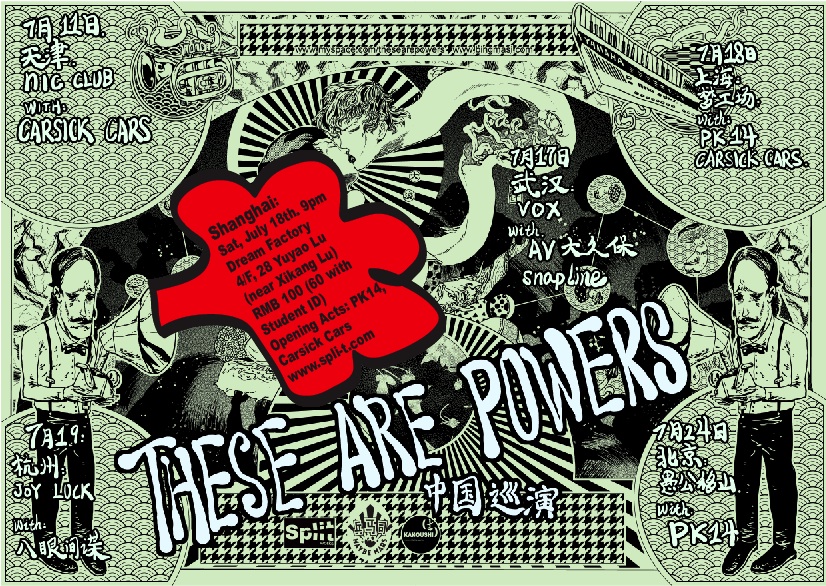 If you like your dance-music with a touch of grit and spookiness, you just might be a Ghost Punk fan. That’s the term used by Brooklyn three-piece These Are Powers to describe their sound: simultaneously joyful and eerie, anarchic and tightly rhythmic. Think noise rock plus club beats, multiplied by spastic animal magnetism.

Formed in 2007, TAP are comprised of Anna Barie (vocals/guitar), Pat Noecker (bass) and Bill Salas (drums). Sometimes likened to early Sonic Youth, TAP have been making waves with their intense live performances, and their most recent album, All Aboard Future, which Pitchfork described as “distinct and stunning.” Split Works is psyched to be bringing these three merrymakers to Shanghai, as part of a nation-wide tour organized by Beijing-based record label Maybe Mars.

For their Shanghai gig, These Are Powers will be joined by kingpins of the Beijing rock scene P.K.14 and Carsick Cars.

These Are Powers @ Dream Factory, Shanghai