“Eagulls [are] never anything less than vital; these are anthems for a doomed youth determined to kick against the pricks.” – NME

“Post-punk might not be new…but Eagulls have defiantly made it their own.” – Q Mag

Eagulls are the perfect Split Works 10th Anniversary band. As much as we love their sound, it’s also their philosophy that drew us. This is a hardworking independent bunch with staunch DIY ethics, one that once wrote an infamous open letter (at the height of their music industry buzz cycle, no less) that contained the phrase “Fuck rite off” every second sentence. Our kinda lads. 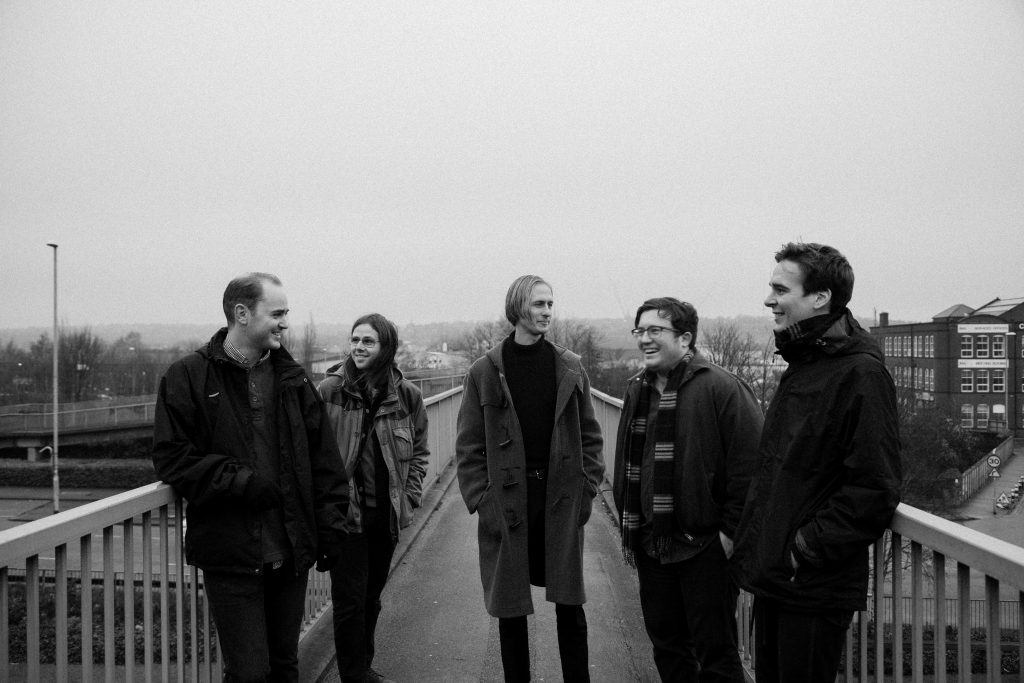 Theirs is a “fierce and angry” sound, with bits of dream-pop, grunge, hardcore, post-punk and shades of goth. The Cure, The Cocteau Twins, Joy Division, The Smiths – throw them into a blender and add some 21st century alienation.

5 cities, including our 10th anniversary bash in Shanghai. 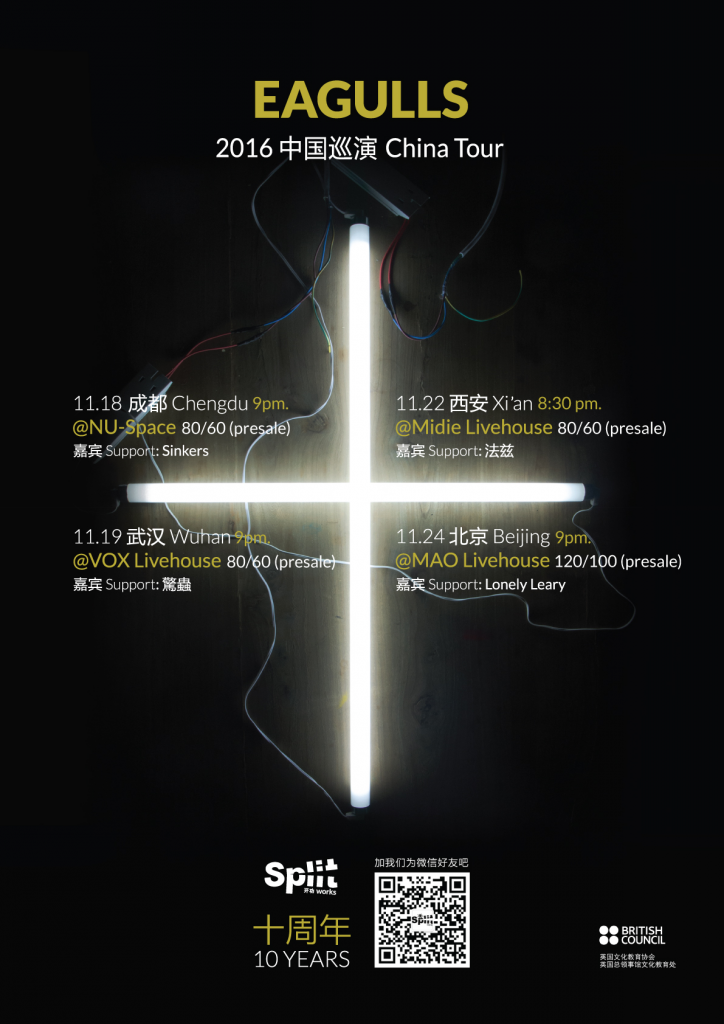 Split Works has launched five music festivals and promoted over 400 tours to 30 Chinese cities, always striving to stay true to a familiar refrain: the music has to be special, every single time. From Godspeed You! Black Emperor to Sonic Youth, from Thee Oh Sees to Mac Demarco and Shabazz Palaces, from Black Rabbit to JUE and Wooozy to Concrete & Grass. We love music, we love China and we love you.