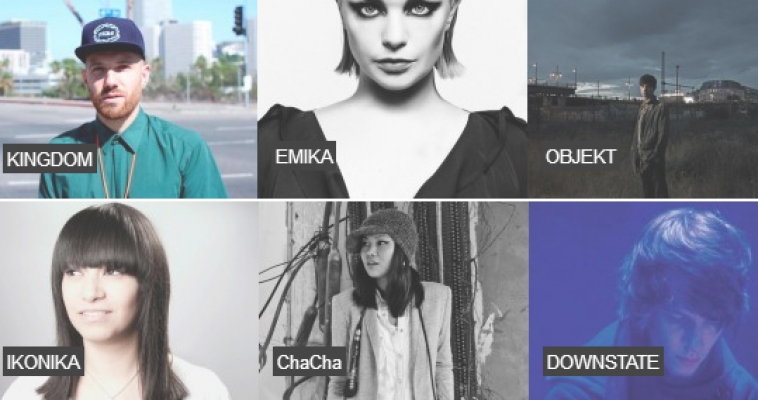 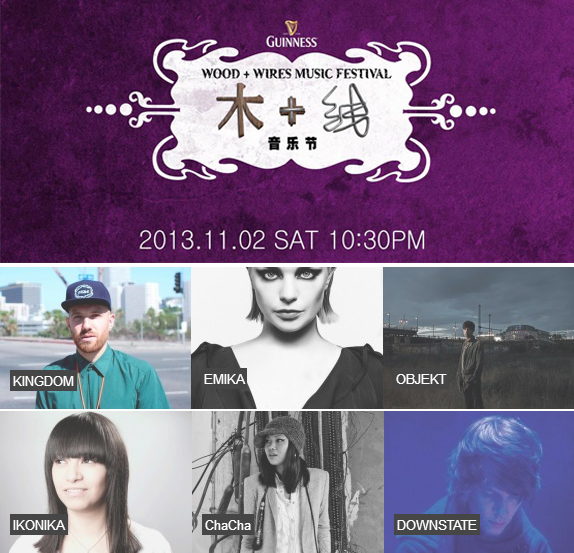 October 11th, 2013, SHANGHAI—The GUINNESS® Wood+Wires Afterhours features one of Shanghai’s biggest electronic line-ups ever , and it’s hiding up the tail end of a folk festival. Imagine the scenario: spend an entire day lounging at a folkey-dolkey music fest, taking in some mellow(ish) vibes. Then BOOM you’re in a rave. This is where the +WIRES come in….

In association with Sub-Culture, the dark side of Shanghai’s Uprooted Sunshine Soundsystem, the Wood+Wires  Afterhours takes place on the Saturday (2nd November) and features some of our favorite artists from across the electronic spectrum, backed by some of the world’s best imprints. Seminal labels Hyperdub, Fade to Mind, Ninja Tune and Shanghai’s very own SVBKVLT will be repped by the following artistes:

We’re going to have lasers, strobes, tripped out visuals from the wonderful Kim Laughton and lots and lots of bone-shattering bass.

＊  All tickets come with a free Guinness Original (per day)

Access to the Afterhours party on Saturday night is included in Saturday 1-Day passes and 2-Day/3-Day festival passes.

The full line-up for the festival is up now on the official site.