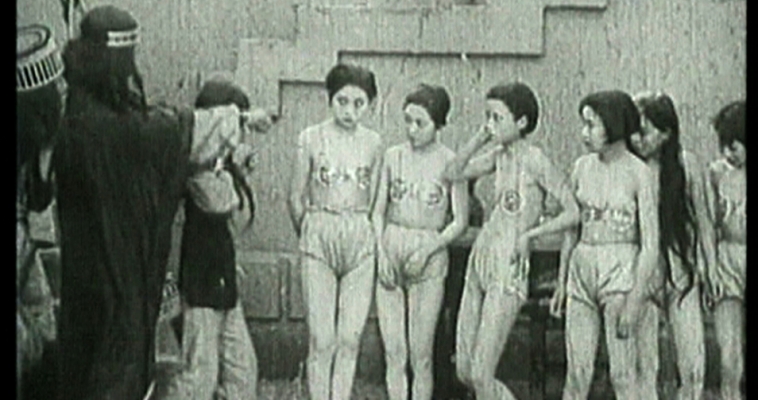 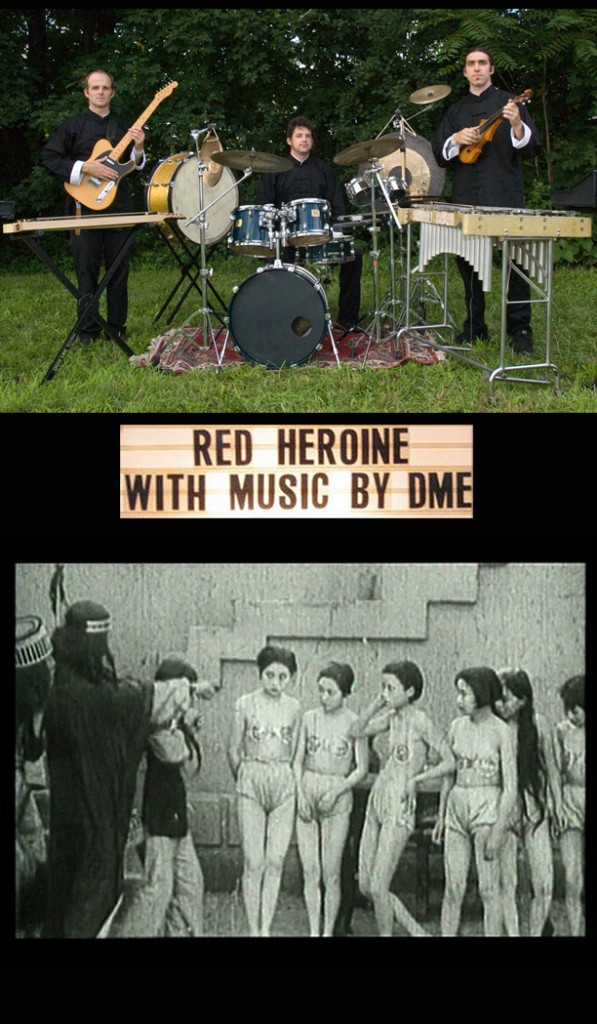 Combining different art forms is hardly new or ever interesting. Unless you have something exceptional, such as “live scoring a 1929 Chinese silent ‘Kung Fu’ film named ‘Red Heroine’”.

The Devil Music Ensemble (DME) is an American three-piece band that provides live “soundtracks” to silent films.  Among their previous bold undertakings were the films of Man Ray and Jean Cocteau.

For this year’s JUE | Music + Art Festival, they bring the 1929 Kung Fu film back home.  Red Heroine, directed by Wen Yimin, was an example of the extremely popular Chinese swordplay film genre (wuxia pian), and one of the first exported to the West. To compose this score, Devil Music Ensemble drew inspiration from the traditional Chinese folk and classical music, as well as soundtracks from classic Kung Fu films. This combination of the ancient tradition of martial arts, early 20th century Asian film and 21st century modern music is highly unique to say the least.

This score was premiered at the Films at the Gate Kung Fu Film Festival in Boston in 2008. Since then, the band had completed over 7 U.S. and 3 European tours. The DME have established themselves as one of the primary American groups in this field and have perfected their performance. With instruments as diverse and unlikely as electric guitar, synthesizer, and erhu, the band manages to create an eerie but grand atmosphere that envelops the audience with emotion and rhythm.

Split Works is proud to add Devil Music Ensemble to the JUE | Music + Art 2012 line-up! We firmly believe that Devil Music Ensemble will not only prove to be a celebration of both Western and Eastern culture, but also a greatly enjoyable artistic adventure for all. On top of that, guitarist Brendon Wood, AKA B-Woo will perform “solo lapsteel guitar laptop processed ambient sound shape music”; and the electric violinist Jonah Rapino will present African music-inspired electric dance beat music as Berbere Superstar. Get ready to be surprised and excited!