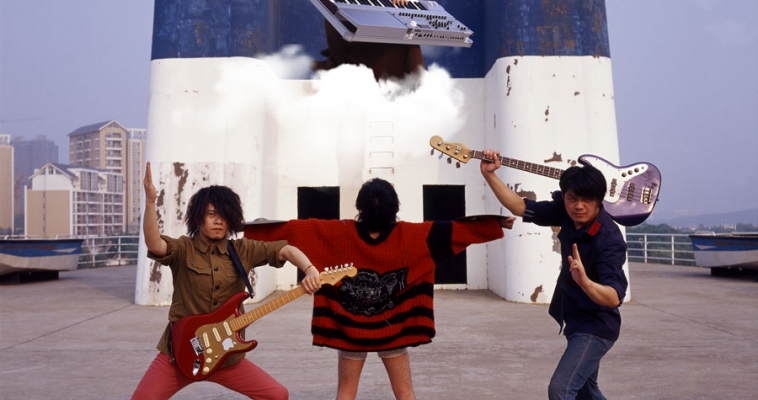 Iconic Beijing record label Maybe Mars have a who’s-who of China’s rising talent on their rosters, bands that have helped to define the sound of that oft-blogged-about Beijing music scene.

Split Works’ inaugural JUE festival in 2009 included a Maybe Mars Shanghai Showcase featuring Snapline and AV Okubo. We are very excited to be teaming up with our friends at Maybe Mars to bring these two bands back to Shanghai for JUE 2011 to share a bill with two fresh Shanghai acts: Duck Fight Goose and Pairs.

Snapline: A post-punk band that is highly praised by numerous fans and critics, and is one of four remaining “No Beijing” bands. Their low-key style makes them sound like their music emanates from behind a mysterious fog. In addition, their sharing players with talented experimental duo Soviet Pop also brings them extra attention. The band has not played outside Beijing for many months: they have been busy reworking their second album which was released in the USA by Invisible records.  This sudden showcase in Shanghai has caught many fans by surprise, don’t miss it!

AV Okubo: The overwhelming success of their debut album The Greed of Man and good press on Pitchfork have both brought the spotlight onto AV Okubo. Their powerful driving sound plus unbridled performances, and the band’s unique “break wave” style is sweeping across the country. They hail to the past, they thrive in the present and they are constantly looking forward to the future: that’s AV Okubo. It is guaranteed that their second appearance at JUE will be remembered.

Duck Fight Goose: It is an all-star band. Han Han, 33, Da Men…each member is famous. Beside playing math rock, neo-psychedelia also influences the band. No wonder The Guardian paid attention to this promising band a while ago.

Pairs: The duo is influenced by New York’s No Wave movement. They are one of the most exciting new bands to appear on the scene last year: full of explosive energy. Pairs jokingly call themselves a “terrible band”, but more and more people fall in love with them every day.