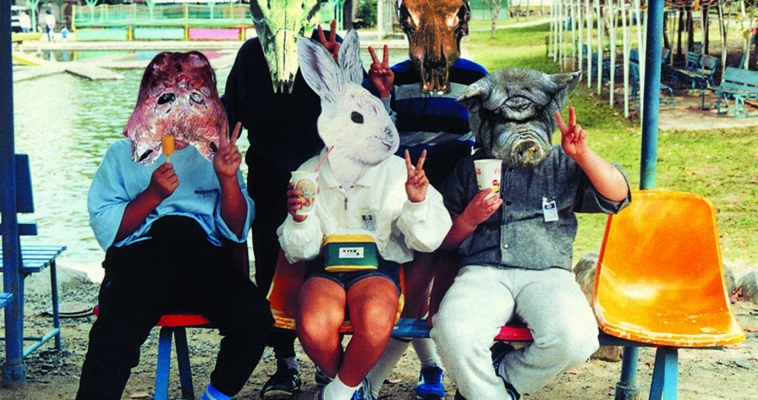 Presale tickets on sale in March on shop62103895.taobao.com

World’s End Girlfriend is the solo project of Nagasaki-native Katsuhiko Maeda, which fuses elements of post-rock, classical, and electronica. The reclusive Maeda rarely speaks to the press or poses for photographs.

Inspired by Beethoven’s Symphony No. 5, Maeda started to make music when he was 10 years old. Since his 2000 debut, he has released several albums and remixes under the WEG moniker. He has also performed at Spain’s Sonar Festival, the UK’s All Tomorrow’s Parties, and has toured Asia, Europe, and the USA, including a 32-date USA tour with Mono in 2007. It is reported that to date he has composed over 600 different songs.

In 2009, Maeda composed the soundtrack for the Japanese film “空気人形” (“Air Doll”), which opened to great acclaim at the Cannes film festival.

In 2010, Maeda launched his own record label, Virgin Babylon Records, and signed artists including Matryoshka, About Tess, Mutyumu (夢中夢), and Ryoma Maeda. 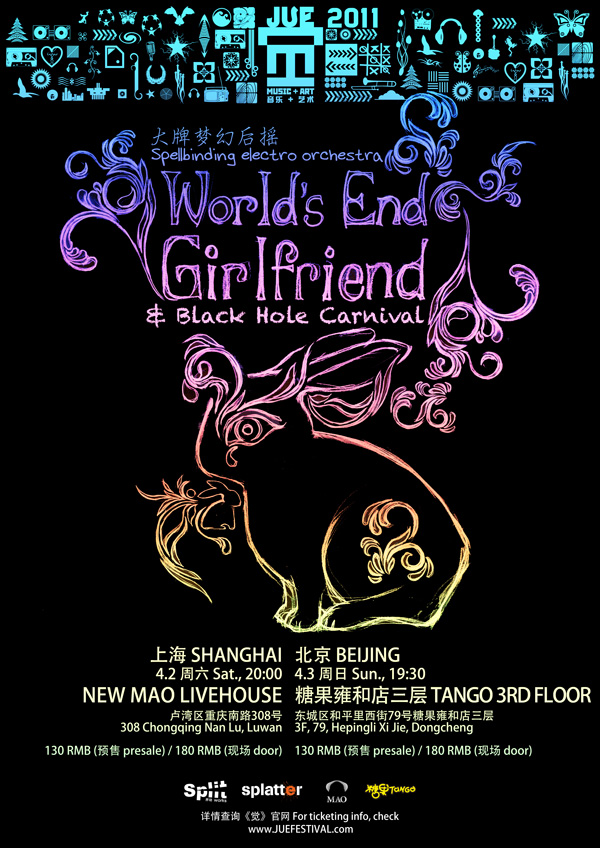