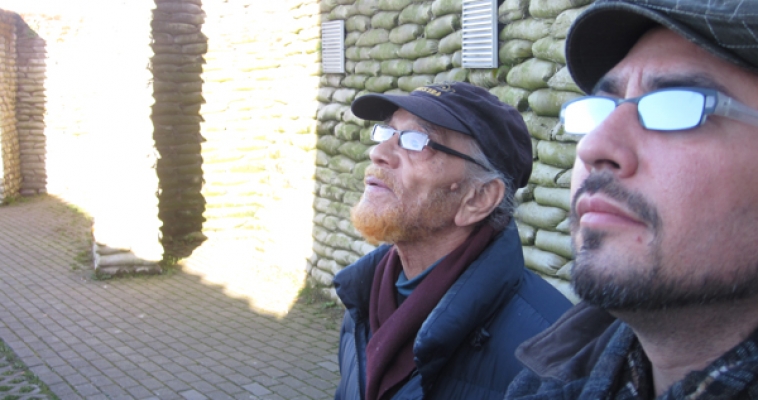 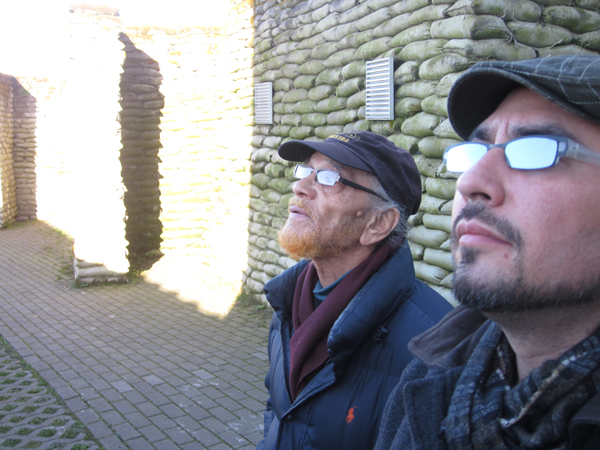 “As a musician Marshall does with sound what I do with visuals; both are living structures that can change peoples’ being. Art disorients you, shakes you up, and takes you out of your normal day. What better reason to go out to a show?”

Marshall Allen is an American free jazz and avant-garde jazz alto saxophone player. He also performs on flute, oboe, piccolo, etc. Allen is best known for his work with eccentric keyboardist/bandleader Sun Ra, having recorded and performed mostly in this context since the late 1950s, and having led Sun Ra’s Arkestra since 1993. Critic Jason Ankeny describes Marshall as “one of the most distinctive and original saxophonists of the postwar era.”

The project places attention on Artist collaboration, exploring the moving image with live performance and when combined, an attempt to reveal deeper levels of interpretation within Harrar’s filmic works. Any musical incarnation of Cinema Soloriens reveals a group possessing a penchant for psychedelic rock, outre ethnological improvisations and Marshall Allen-approved jazzy stomps of which these performances deliver in equal measure. Joining Harrar and Allen on stage in Beijing will be acclaimed dancer, choreographer and leader of the Beijing Modern Dance Troupe Gaoyan Jinzi, who with a small corps of dancers will performance an improvised contemporary dance piece set to both Harrar’s film and Allen and Harrar’s musical stylings.

Various incarnations of Cinema Soloriens have received praise from around the world for their “provocative, exciting collaboration” (Japan Times); “rigorous self-expression and indifference to audience approval” (Dyverse Music); and “bright, distorted sound [which] is a relentless torrent of tiny flint chips as the group hold down a constant barrage of squalling noise”  (Venue [UK]). In addition to Cinema Soloriens performances in Shanghai and Beijing, Harrar and Allen will also be leading free workshops on experimental film history and jazz improvisation in both cities. 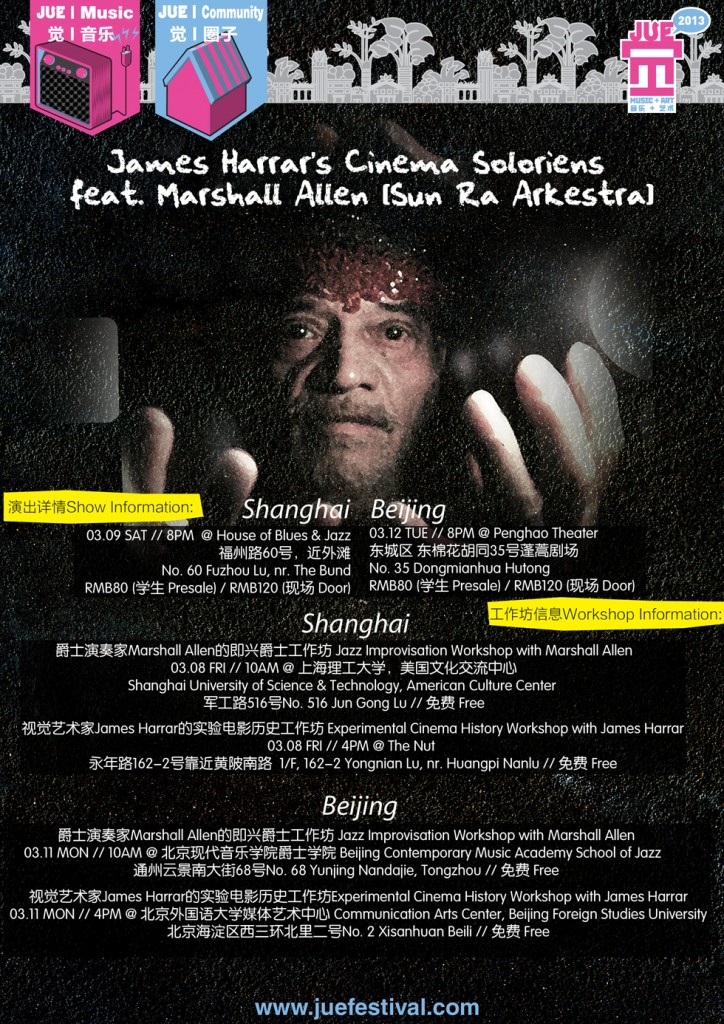 觉 / JUE (pronounced joo-eh) –verb: to sense; to awaken. JUE | Music + Art is an annual open-source arts and music festival in both Shanghai and Beijing, presented by Split Works. Now in its fifth year, JUE is all about celebrating the best of the local creative communities in these two great cities and inviting artists from around the world to showcase their talent in China. JUE is growing tremendously year-on-year. The 2012 festival drew over 39,000 attendees to 88 events! But we always strive to maintain a strong sense of community, an intimate vibe, and a top-tier selection of artists and events.