Don’t be misled by the name. This band rocks hard.

Sunflower Bean write perfect pop-psychedelic songs that are meant to be experienced live. Beguiling, moody melodies that are a little bit dark and quite a bit sexy.

There’s never a dull moment with this lot. Their live shows are “ingenious, impressive” affairs [Rolling Stone] that “leave everyone in attendance reeling” [The Line of Best Fit].

They’re one of the world’s most exciting young guitar bands, and we’re hugely stoked to have them play our second Concrete & Grass warm-up show.

Wednesday, August 17 in Shanghai (Yuyintang). Thursday, August 18 in Beijing (Modernsky Lab). Buzzy, fuzzy and impossibly alluring. These are going to be good.

Sunflower Bean find magic within friction. Through constant gigging around New York, Sunflower Bean sprouted into a sonic enigma, boasting a fiery musical call-and-response that serves as a centerpiece, giving the music what Jacob refers to as a “lyrical aspect” between the guitars, drums, and bass.

They transferred this multi-headed energy into their 2015 Independent EP, Show Me Your Seven Secrets. At the same time, this distinct alchemy enchanted ever-growing audiences live. By the time, they entered the studio for their debut album, Sunflower Bean had a lively aural cauldron from which to draw.

Whereas the EP was recorded after Sunflower Bean played 100 shows in one year, Human Ceremony showed the band’s studio side with richer soundscapes, overdubs, and music that had yet to be debuted live.

There’s nowhere to go but up for these three. 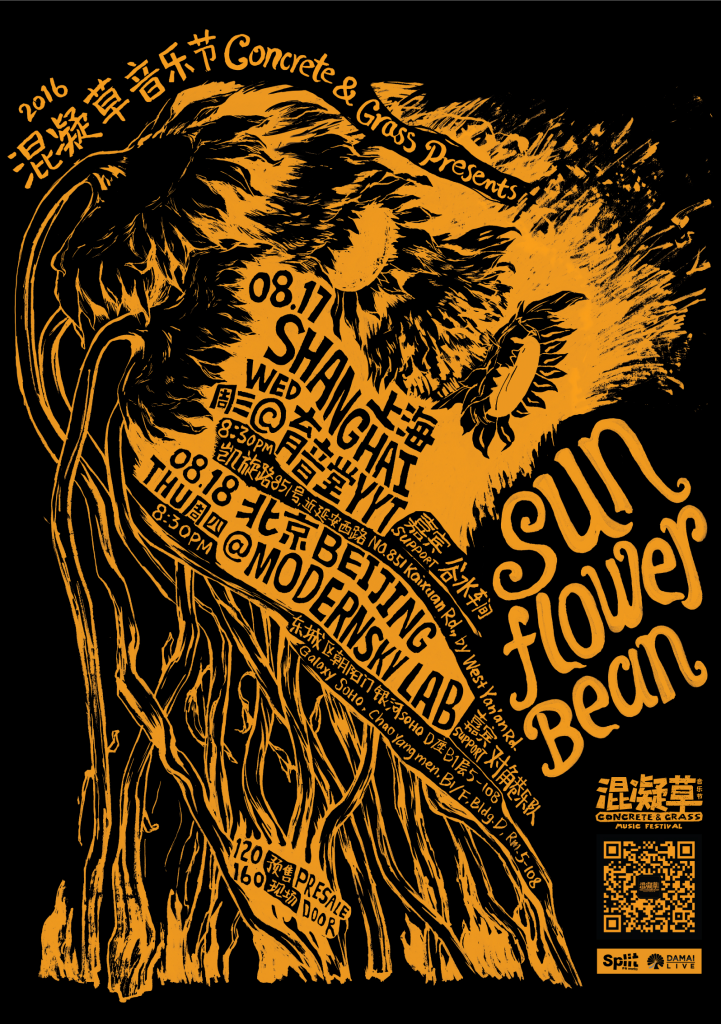 About Split Works:
Split Works has been rocking in the free (ish) world since 2006. Working with inspirational artists from across the globe, the good people at Split Works HQ have been a key contributor to the continued rise of China’s music scene.