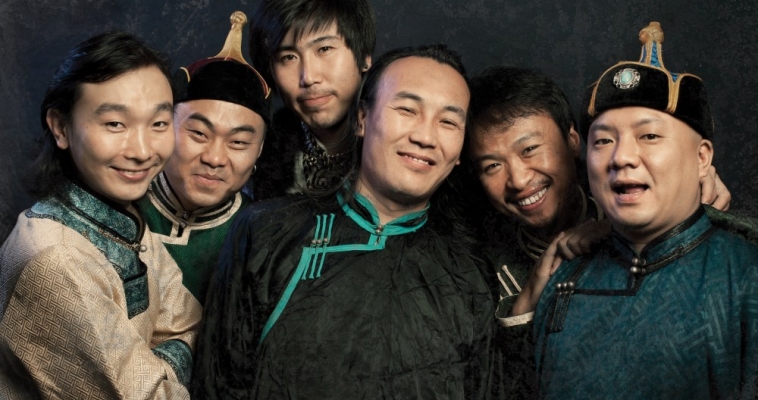 Mongolian grasslands-punkers Hanggai are back with their latest album, “He Who Travels Far,” and it’s been getting accolades all over the place. Their album release party and show is bound to be a foot-stomping, ululating, rowdy grand ole time. Come out to Yugong Yishan on  Wednesday, Nov. 24 and check it out!

“…It’s an album of epic ballads and stirring dance tunes, many based around traditional lyrics and melodies that are remarkable for sounding so accessible; many of the songs are as sturdy and melodic as great Celtic folk songs, and are treated with a furious enthusiasm worthy of the Pogues. Ilchi’s growled singing is featured on tracks such as the stomping anthem Hanggai, but elsewhere the band slow down for Borulai’s Lullaby, an exquisite ballad worthy of Julie Fowlis, or collaborate with New York guitarist Marc Ribot for the furious folk-rocker Dorov Morlaril. This is Asian crossover music at its best.”

When Beijing-based punk rocker Ilchi heard throat singing for the first time, he was determined to investigate his family’s Inner Mongolian heritage. He journeyed there, met two traditional musicians named Hugejiltu and Bagen, and soon Hanggai was born. Based in Beijing but devoted to traditional Mongolian songs, Hanggai’s powerful music has won them many fans –and accolades from international press including the Guardian, the Observer, Pitchfork, NPR, Popmatters and many more — as they embarked on their tour across all over the world.

Hanggai sing about Mongolian Robin Hoods, mix throat singing with rock instruments, and dress like men of the steppes even though they live in the teeming metropolis of Beijing. With their elegant songs, top-notch production and strangely familiar tunes, Hanggai have made the leap from folk phenomenon to crossover pioneers — without losing their soul. This is a not-to-miss show. Music this powerfully intimate does not come around often.