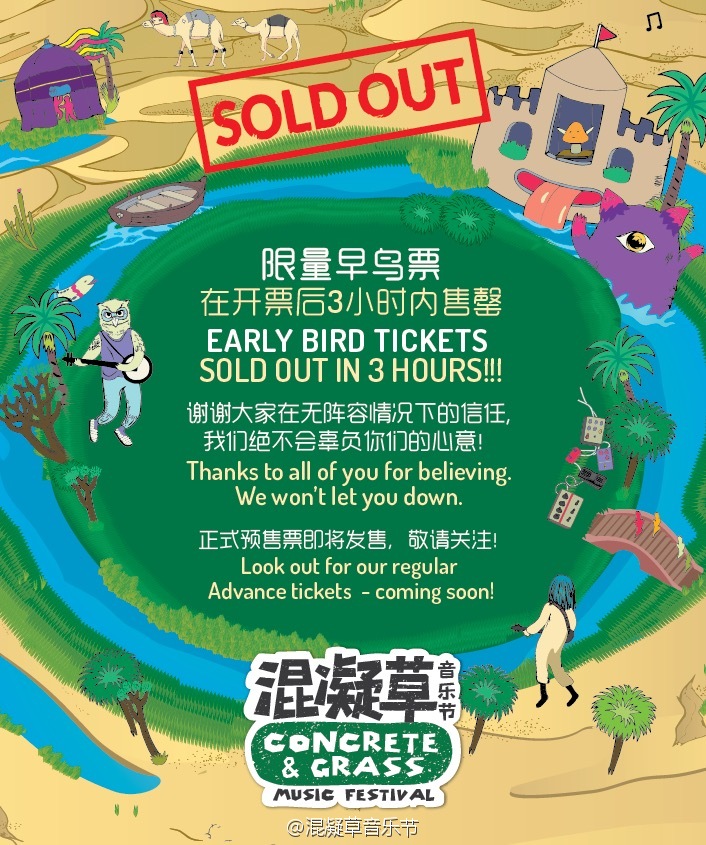 Holy wow. We broke our little corner of the Internet. All gone in less than three hours!

It’s with immense gratitude and absolute humility that we say: Early-Bird tickets for Concrete & Grass 2016 are sold out!

From the bottom of our collective hearts, thank you. Thank you for trusting us enough to buy before the official lineup announcements, and thank you for keeping the faith with our new name and new avatar. We love you all.

You won’t be disappointed. We’ve assembled a razor-sharp, jam-hot lineup for 2016. 60+ artists, 39 international. Legends, party-starters and up-and-comers.
The best of China and the world.

We’re so excited, folks. September 16-17. Start making plans and counting down the days! 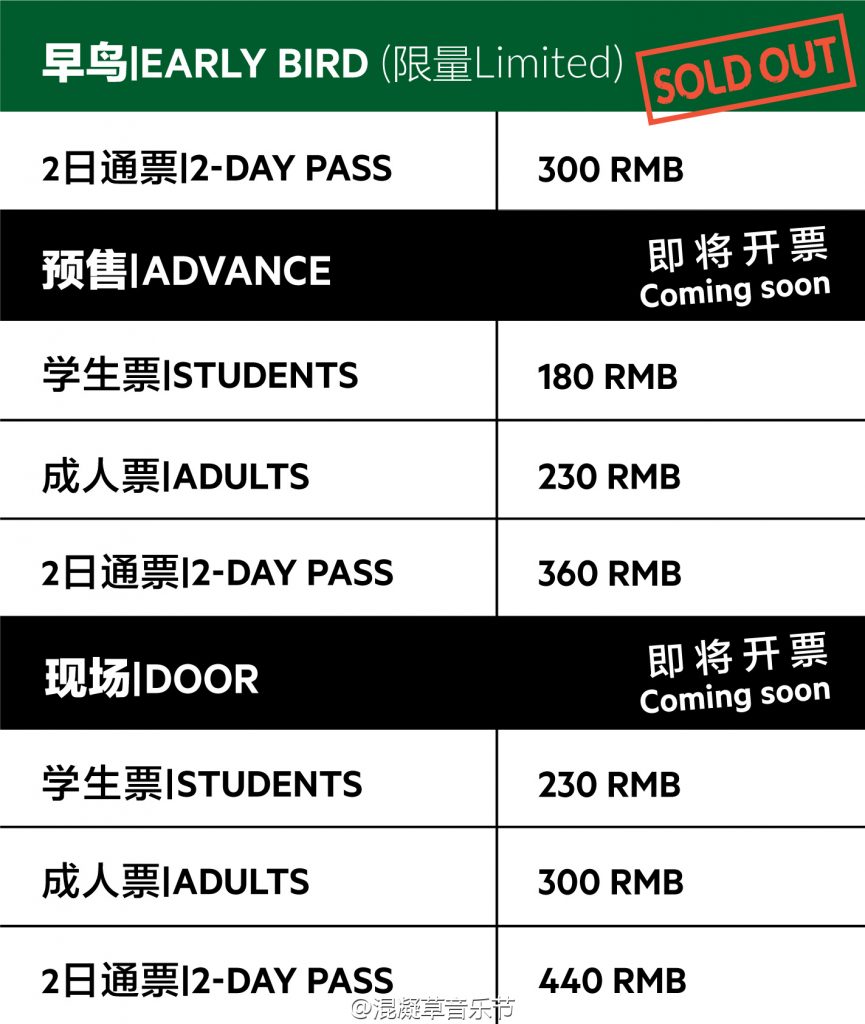